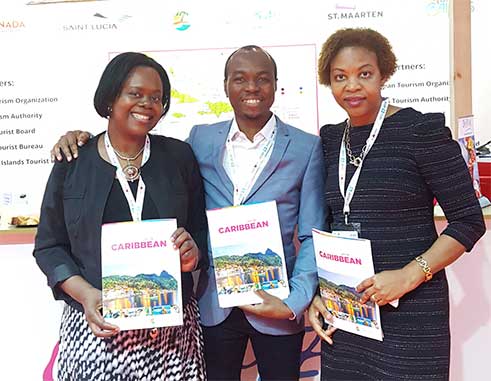 Fedee and Francis conducted face-to-face meetings with officials from 8 airlines, including Condor/Thomas Cook, British Airways, Southwest Airlines, Virgin Atlantic and Delta Airlines. The meetings provided the forum to discuss opportunities to increase service to the destination and the possibility of adding services out of new gateways.

Officials also held discussions with Azul Brazilian Airlines and Air France to examine opportunities for airlift out of Latin America and direct service out of France.

“Brazil and France represent significant opportunities for growth. Tour operators in these markets are showing increased interest in selling our destination. Airlift represents our largest hurdle with these markets. We will continue to work with airline stakeholders like Azul and Air France to explore the opportunities to gain access to these large and lucrative markets,” said Francis.