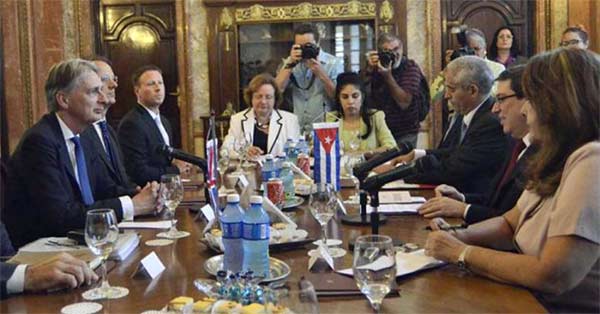 PRESS RELEASE – THE general elections process in its first stage continues in accordance with what was planned, and adjusted to the Council of State agreement of September 19, 2017, in which the date of the elections for delegates to the municipal assemblies of People’s Power was modified; the first round of which will take place on November 26, and with a second round election, in those constituencies where no candidate receives more than 50% of the valid votes cast, on December 3, 2017.

According to the new programme for the elections and the nominating assemblies of candidates, of the 45,688 assemblies planned to be held from September 4 to October 30 of this year, 25,844 have been held, which represents more than 50%. The provinces with the least damages caused by Hurricane Irma, such as Pinar del Río, Artemisa, Granma, Santiago de Cuba, Guantánamo and the Special Municipality of the Isle of Youth, have held more than 80% of their assemblies, while in those that have seen widespread damages, some of the assemblies were rescheduled for October, the largest number of which are in Havana, Camagüey, Villa Clara, Sancti Spíritus and Ciego de Ávila.

In these heavily-affected territories, all organizational and guarantee measures have been taken so that assemblies can be held and candidates nominated in the midst of recovery efforts.

Attendance levels at the assemblies held to date exceed 79%; 35,941 proposed nominations have been made for delegates to municipal assemblies and of these more than 17,000 candidates have been nominated; women represent 35.59% and young people 18.75%.

Of the candidates nominated to date, 34.9% are delegates to municipal assemblies of People’s Power.

The main incidents affecting the process reported to date have been related to reprogramming of assemblies due to the effects of Hurricane Irma, including intense rains and the lack of electrical power.

Parallel to the nomination assemblies, work continues on the drafting of the biographies of candidates, which must be published and displayed in places with the highest concentration of the population, previously determined in each constituency, as of November 1st; of the total nominated candidates, more than 72% already have their biographies elaborated and 92% have an accompanying photo.

Work is also underway on the updating of the electoral register, which will be published on October 19 and 20, and on the training of electoral authorities throughout the country, while the polling stations and constituency electoral commissions are being prepared for election day.

In a general sense, the electoral process continues to advance with organization, discipline and the decisive participation of the population, ratifying the clear democratic standards of our process.