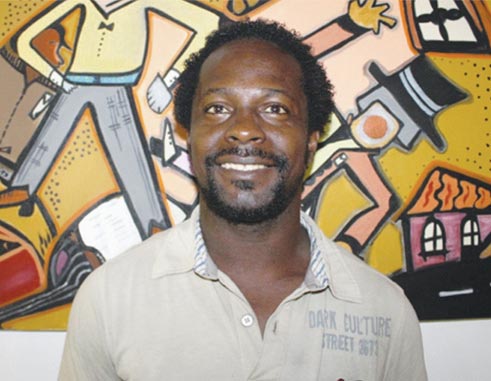 PRESS RELEASE – THE Embassy of the United States of Mexico in Saint Lucia is pleased to inform the public of the exhibition, “Mask of Ten”, by local artist, Gary Butte, which is being held at the Exhibition Hall of the Embassy of Mexico in Vigie, Castries from Monday, October 9 to Friday, October 20.

The exhibition will be open to the public on the aforementioned dates from 9:00 a.m. to 4:00 p.m. except for Saturday, October 14 and Sunday, October 15.

For the Embassy, the promotion of culture forms an essential part of the efforts towards the development of diplomatic relations and Mexico considers this collaboration with Butte to be an example of the valuable exchange of cultural experiences with local artists.

Butte, who features among the top highly-skilled artists in Saint Lucia, demonstrates his passion for reviving the traditions and realities of his African heritage in a display of ten pieces, which he calls “masks”, depicting these customs and expressions of the African ancestry of the Caribbean. His dynamic work has been shown through various parts of the world, including Guadeloupe and London, England.

The official opening of the exhibition took place on Friday, October 6 with the presence of some distinguished artists and poets, members of the diplomatic corps, local business-owners and friends and family of Butte.

Furthermore, the public is also invited to make monetary contributions towards the purchase of one of Butte’s paintings, “Machinery of State”, at the cost of $500. The piece and the proceeds over the $500 mark will be donated to the Folk Research Centre and the Saint Lucia Blind Welfare Association.