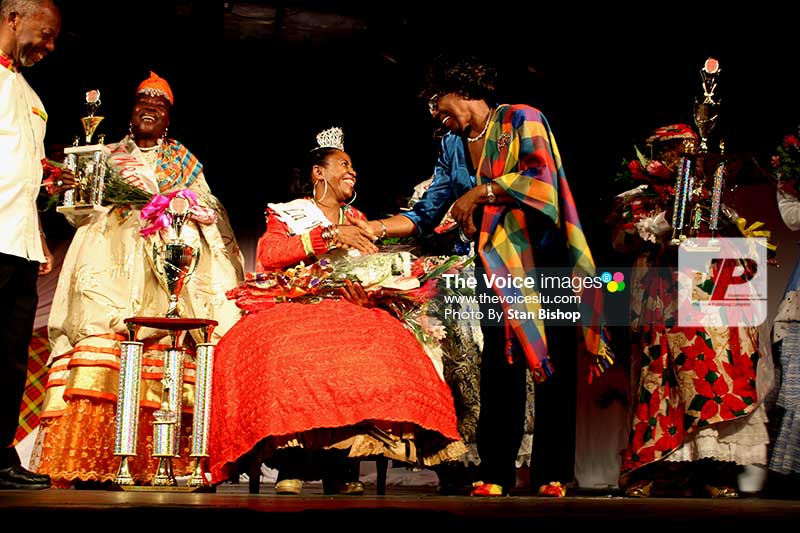 BEAUTY, class, grace, talent and pride for national culture were all represented at the highest levels last Saturday evening as the first-ever La Wenn De La Wenn (Queens of Queens) Pageant was held at the National Cultural Centre (NCC).

Seven past queens from the years 2010 to last year competed in categories such as Ambassadorial Speech, Talent, Traditional Formal Wear, Interview, and Traditional Knowledge.

It was a long night of fun as well and the packed audience definitely got their money’s worth as the contestants tried to outshine each other. In the end, however, Jacmel’s Angela Simon walked away with the tiara.

Simon said that going up against former queens was challenging because they were all talented. She was honoured to win but added that she was happier that she was able to highlight her community in a big way.

“I know I had tough competition,” Simon told The VOICE after her win. “But I just went out there and did what I had to do because I had my whole community pushing me. I had to deliver and make them proud.”

Organized by the Monsignor Patrick Anthony Folk Research Centre (FRC), Events Company of Saint Lucia (ECSL) and Cultural Development Foundation (CDF), the event this year broke away from the tradition of hosting the annual La WennKweyol Pageant, which had been held for the previous seventeen years.

The La Wenn De La Wenn pageant was one of the main events on this year’s Creole Heritage Month calendar.