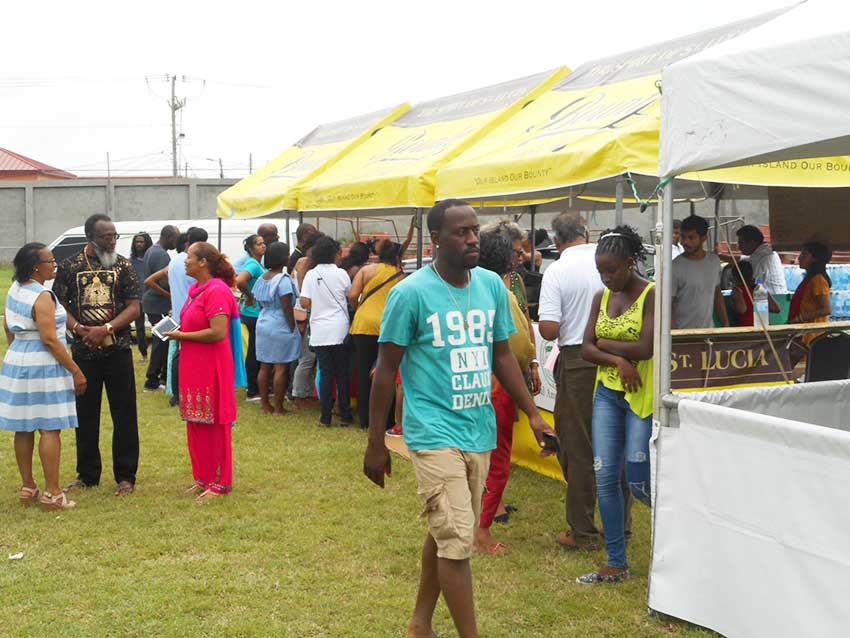 The event, which attracted Indians from neighbouring countries such as Guyana and Trinidad, provided patrons with a dazzling display of cultural presentations which included dancing and singing. There were also the Indian spicy dishes which were savoured by many — so much so that all was sold out before the event had actually ended.

Chief Executive Officer of the Folk Research Centre (FRC), Hilary Laforce, in his address, commended organizers of the activity and called on them to make it an annual event.

“We hope it will not be the last and that it will continue to grow and get bigger and better,” Laforce said.

He said he was overwhelmed by the level of support shown for Creole Heritage Month here.

“We are happy that every ethnic group has embraced our culture,” Laforce said, adding that it is the biggest cultural event in St. Lucia.

Laforce also used the opportunity to defend his view that all communities on the island should not be allowed to hold the event on a national basis, stating that it will lose its purpose, and stretch the resources of agents whose responsibilities are to oversee certain aspect of the national event.

“In every major activity, there is something called Mass Event Protocol. It means that you will have to provide NEMO with information regarding logistics and tell the police about your traffic management,” La Force said.

He added that there are other agencies, such as the Fisheries Department and the Environmental Health Department, which also have an important role to play in monitoring certain aspects of the event.

“It is important that we adhere to these conditions and protocols,” Laforce said.

Minister for Culture and Local Government, Fortuna Belrose, also commended the organizers for holding the event. She applauded the Indians for their aspiration and unity.

“They (Indians) own businesses and look out for each other,” she said, adding that they also have also influence in politics in St. Lucia.

Dr. Leonard Surage, in his address, gave a history of the Indians in St. Lucia and explained why and how they got here.

Dr. Ram, Chairman of the Indian Cultural Foundation, in an interview with this reporter, said he was satisfied with the outcome of the event and the level of participation displayed by the general public.

He said the Foundation will look into the possibility of making the event an annual one.