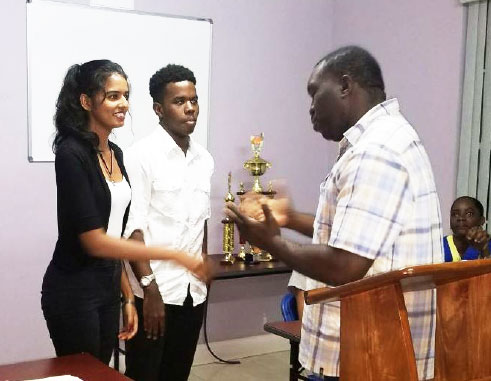 PRESS RELEASE – THE Gros Islet Youth Development Council (GYDC) hosted the first round of its Annual Youth Debate Competition on Saturday, October 21. Young debaters faced off in a very intense debate on the topic, “Governments around the world are growing in number towards the granting of legal recognition to same-sex marriages. Saint Lucia should attempt to promote the acceptance of LGBT people by removing the anti-LGBT laws in the Saint Lucia Criminal Code.”

The Best Speaker of the Debate was the seconder of the opposition team, Shanice Francis.

As a result, the SALCC Debate Team has made it to the final, which will take place on Saturday, November 11, at 5:00 p.m. at the Gros Islet Municipal Building.

Debate No. 2, which will determine who will face off against the SALCC Debate Team in the final, will take place today, Saturday, at the Gros Islet Municipal Building at 5:00 p.m.

Girls of a Feather (Proposition) will face off against Northern United All Stars (Opposition) on the topic, “The high unemployment rate among youth is directly proportional to the high rate of youth crime in Saint Lucia.”

The Council takes this opportunity to inform the public that the debate is free and open to all. Additionally, the debate will be livestreamed via the Council’s Facebook page.

The Council’s mission is “To enhance, encourage, and increase participation of youth in the Community of Gros Islet by providing them with quality resources, training and support; to effect positive youth development and representation at the local, national and regional level.”