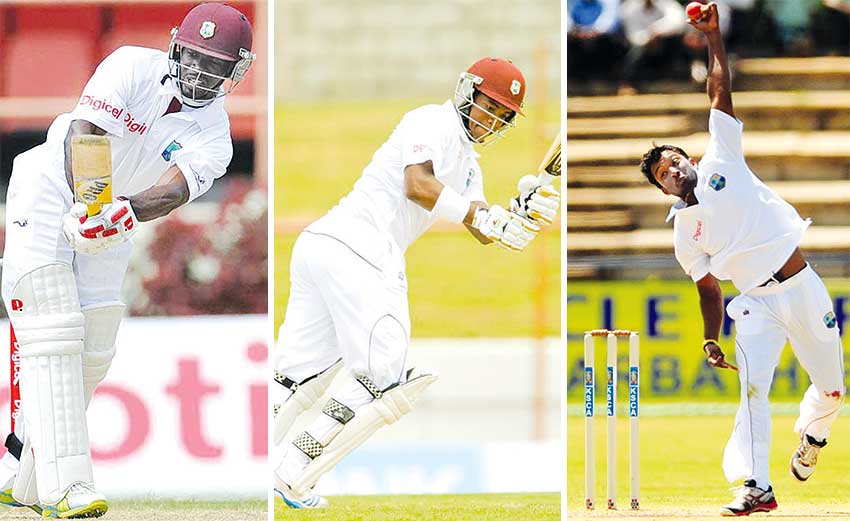 Cricket fans can expect to see outstanding performances from players from both teams. Guyana’s Veerasammy Permaul will lead the defending champions’ bowling attack. He is the leading wicket-taker thus far, picking up 10 wickets for 84 runs at an average of 8.40 against Jamaica.

For the Windward Islands, despite the drawn game against the Leeward Islands, experienced opening batsman Devon Smith will look to continue his good run on form. Smith had scores of and 16 and 185 not out and is the highest run-scorer thus far with 201. Also, top order batman and youth player Roland Cato had scores of 90 and 18; Kirt Edward 35 and 64; and Kavem Hodge 41 and 56 not out.

Meanwhile, in the first round of matches which concluded on Sunday, Guyana began their defence of the Regional 4-Day title with a 263-run win over Jamaica, set up by VeerasammyPermaul’s match-haul of ten wickets, and a lower-order century from Keemo Paul.

Permaul’s 6 for 29 in 19.5 overs skittled Jamaica out for 99 in the first innings, giving Guyana a 167-run lead. Seventy runs in Jamaica’s innings came from just two batsmen — Assad Fudadin (39) and captain Paul Palmer (31) — as they were bowled out in a little over 50 overs. Guyana had earlier posted 266, with half-centuries from wicketkeeper Anthony Bramble (62) and No. 3 ChandrapaulHemraj (60) anchoring them.

Leeward Islands walked away with the majority of points in their drawn game against Windward Islands after taking a big first-innings lead. Set a fourth-innings target of 222, Leeward then played out the draw, but not before they had lost six wickets for 112.

Electing to bat first, Windward Islands found themselves in a good position in the first innings, with Roland Cato (90) and Kavem Hodge (41) guiding the team to 213 for 3. However, they went on to lose seven wickets for 20 runs to be dismissed for 233. Seamers Jeremiah Louis and Mervin Matthew took seven wickets between them.

Leeward openers Chesney Hughes (89) and Keacy Carty (74) then set about putting together a strong platform for the side with a 149-run opening partnership. Despite a slump, Nkrumah Bonner’s 69 helped Leeward past 300 and they ended with a 110-run first-innings lead.

Windward’s response in the second innings was much stronger. Devon Smith scored a quick 185 and Hodge struck a rapid fifty as the side looked to push for a result with a declaration of 331 for 3 that left Leeward with a target of 222. Liam Sebastien, Audley Alexander and Shane Shillingford then all picked up two wickets each as Leeward reached 112 for 6 by stumps.

Danish Ramdin struck a hundred and an unbeaten fifty as Trinidad and Tobago began their first-class season with a draw against Barbados.

Barbados eked out a ten-run first-innings lead, their score of 310 underpinned by fifties from Jonathan Carter (85) and Anthony Alleyne (84). Apart from the pair, no other Barbados batsman had a significant contribution to the innings, with the wickets spread between Daniel St. Clair, Bryan Charles, Imran Khan and Tion Webster.