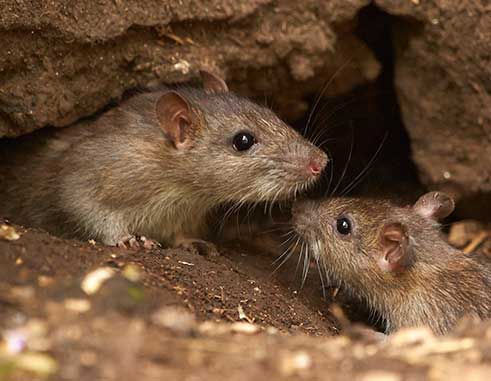 LAST week, one bakery owner called for legislation that would allow business-owners to take legal action against individuals making false and defamatory claims about their establishments and products.

This call for action was made after a couple made a report to a local news station regarding what they believed to be rodent droppings in their bread purchased at the establishment.

The incident is alleged to have taken place in Marchand.

In response to the situation, which is somewhat a common occurrence, the Division of Environmental Health has chimed in to warn business-owners to protect themselves by adhering to set regulations, rather than thinking of legal action.

However, he said once a complaint of this nature has been lodged, it matters not whether the complaint is true or not; it still has to be thoroughly investigated. Nevertheless, he said such situations are avoidable.

He said: “Contaminants can find their way into foods from different sources. Sometimes they may come in the flour, sometimes it may be a result of poor manufacturing in the establishment. But the point that I’m making, regardless of whether it comes in the product or not, the proprietor of the establishment/management has a responsibility to ensure that there are enough systems, maybe that of screening their foods, if they have to sift flour or so on, to ensure that contaminants do not find themselves into food and, in fact, to consumers.”

The Ministry of Health, he said, has a responsibility for food safety in St. Lucia which is governed under the Public Health Act, Chapter 1101.

Pierre added that the health act even has a designated section for bakeries which is called the Bakeries Regulation.

“Bakeries and food establishments must also have in place what I call food management systems, therefore, a foreign object being found in a food or a contaminant as well, should not be there and upon investigation that place of business needs to satisfy the ministry based on that inspection that they have every process in place that would mitigate a contaminant from finding its way into food,” he said.

He added that this issue is not solely designated to St. Lucia, but is in fact a global problem.
“This is something that from every now and then. Of course, you will get complaints and it happens in every country. From time to time, foreign matter will find itself in foods, but again, there must be a system within food establishments to ensure that the food that is being produced/manufactured therein is done under sanitary conditions and that the products are free from contaminants.”