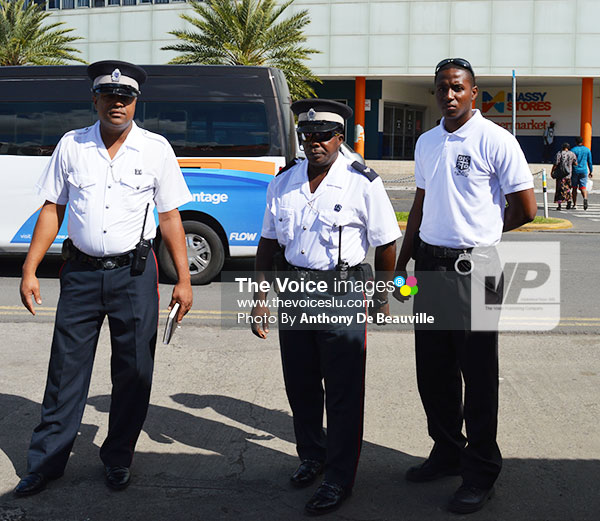 PRESS RELEASE – LAW enforcement officers attached to the City Police Department have been issued with traffic ticket books in an effort to streamline the issuing and tracking of traffic offenders.

Castries Mayor, Peterson Francis, said illegal parking and violations of the traffic laws are already an issue. This initiative, he said, is “very much welcome and needed.” The Mayor added that City Police will double their efforts in cracking down on anyone who violates traffic laws in the city.

“We are looking to change a culture and it is not solely about illegal parking since there are numerous other offences committed by almost every driver on the streets of Castries. These include cell phone usage, littering, loud sound systems, and many others. Motorists must focus on driving safely, which starts with a minimum of distractions,” Francis said.