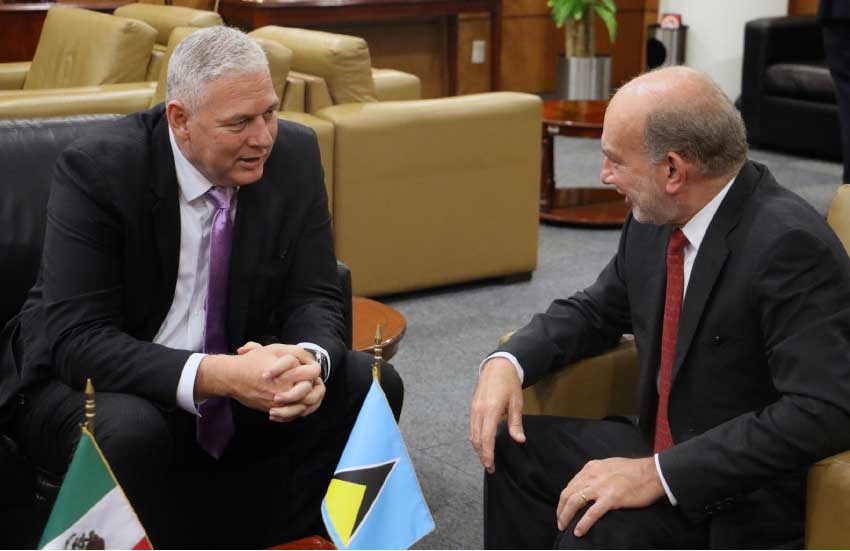 PRESS RELEASE – THE streets of Mexico were lined with the national flags of Saint Lucia as the host country Mexico warmly welcomed an official visit from Saint Lucian Prime Minister, Allen Chastanet.

Chastanet, also Minister for Finance, Economic Growth, Job Creation, External Affairs and the Public Service, has an extensive agenda while in Mexico which includes high-level meetings in the areas of agriculture, tourism and investment.

The delegation also held meetings with the Intelligence Division of the National Security Commission, Mexico’s Touristic Policy Planning Unit and Mexico’s Minister of Public Education. The agenda continued with a special forum on “Opportunities of Investment in Saint Lucia” on October 24.

Following the official visit to Mexico, the Saint Lucia delegation attended the Fourth Summit of Heads of State and Government of the Caribbean Community (CARICOM) and the United Mexican States in Belize City, Belize, on October 25.