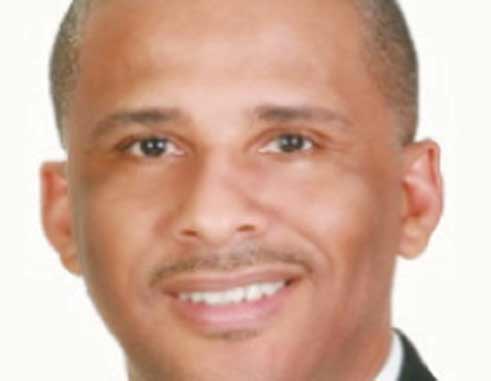 FOR some time, media in the Caribbean has taken a beating. That is unfortunate because there are excellent publications and journalists out there. Unfortunately, it seems that they are paying the price for the charlatans masquerading as ‘mainstream media’, but who are actually selfish lobbyists pushing their own agenda, and who are muddying public opinion by the garbage they publish.

For instance, there is a self-professed expert, who has to have a long appendage attached to every article he writes (clearly trying to compensate for something) that wants to present himself as a champion of the common man and an advocate for the people, but who has shown in Saint Lucia, for instance, that he is nothing more than an undercover ‘politrickcian’ who has long opposed the United Workers’ Party, while conveniently lofting up the Labour Party.

However, I would like to advise Mr. Melanius Alphonse, the management and development consultant, senior correspondent and a contributing columnist to Caribbean News Now, political, economic and global security developments guru, a philanthropist advocating for community development, social justice, economic freedom and equality and yadda yaddayadda, as henauseously reminds us all the time – that your undergarments are showing, sir, and it is clear that you are naught but a piper playing the tune that is called for you.

Mr. Alphonse, who is also closely associated with an online publication called Caribbean News Now, is trying to spew his venom throughout the region as he bats for his good friend, Antiguan Prime Minister Gaston Browne, who, ironically is the man who heads Antigua’s Labour Party, so you can connect the dots. In doing so, Mel seems to have put specific focus on Sandals Resorts International and its Chairman Butch Stewart, the continuation of what appears to be a malicious and concerted effort over the last few months.

Recently, Melanius wrote an article which slanderously accused Stewart of hacking regional elections, while heaping scorn on the Jamaican Observer, a newspaper that was founded decades ago with the help of one of the region’s most outstanding publishers, Ken Gordon.

Melanius took issue with a contributor to the paper, Glendon Phillip, who has questioned the rationale behind PM Browne’s epiphany that hotels should be nationalized throughout the Caribbean. However, instead of producing a sound counter-argument, Melanius spent his time spreading spurious allegations about Stewart, and offering empty rhetoric on the issue of concessions.

In other words, he displayed the same behaviour he accused Phillip of displaying. And as one person commented after, Alphonse seemed to forget that a concession agreement between an investor and a government is not illegal.

Melanius then followed that ‘commentary’ up with an ‘editorial’ in Caribbean News Now titled ‘Those in glass houses shouldn’t throw stones’ – which again attacked Stewart and regurgitated half-truths about a matter in the Turks and Caicos Islands involving monies paid to disgraced former Premier Michael Misick, and for which Sandals paid a US$12 million fine to the TCI government.

He went on to cast all sorts of aspersions, going so far as to quote a story from the Bahamas Tribune, when he could just as easily have gone to a known TCI publication – Magnetic Media – where he would have found that Sandals was actually complimented by the Department of Justice and the Special Investigations and Prosecution Team for the unprecedented manner in which it cooperated with the authorities for this investigation, even describing the company’s level of co-operation as both extraordinary and unique.

In the end, both Sandals and Stewart were vindicated. It was found out that the treasurer at the time had gone off reservation, and he was the one culpable in the matter – all of which was conveniently left out of the ‘editorial’. What it does have a striking resemblance to, however, is what Gaston Browne said about the company earlier this year; who is paying the piper?

Ironically, Browne’s attack back-fired because having always engaged such world class auditors as Price Waterhouse and Grant Thornton, Sandals is considered to be one of the world’s most compliant companies.

If at any point I thought Caribbean News Now had any credibility, that’s certainly shot to pieces. And, as for Mel, he accuses the Observer of being biased yet proceeds to display the same level of bias in his writings. Why doesn’t he talk about the recent arrest of Asot Michael? We wait with bated breath to see how that pans out because you are right about one thing, those in glass houses really shouldn’t be throwing stones.

It is this sort of behaviour that has caused problems for legitimate media houses. The advent of the internet and social media has opened many doors; unfortunately, it has had severe repercussions for practicing journalists.