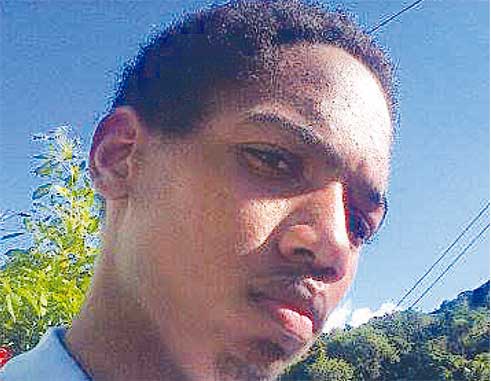 IT was a quiet but peaceful night and I was relaxing quietly outside on a sleeping bag and a blanket on the top of me, staring at the moonlight. On my right was a box of popcorn and on my left my phone — locked, but the screen was on.

It felt great: noise, quarrels, fights, loud music and slams were all on pause that night. I lay there, indiscreet but quiet. About an hour and a half later, the crickets got quiet, the moon vanished and everywhere went black. I woke up on my bed in the house a few seconds later.

“What – but – I was…” I stammered in my thoughts seeing everyone sleeping in half-darkness. “Something’s not right…or was this just a dream I had?”

I went outside and saw everything piled up in the corner, just like I started.

“Déjà vu,” I said, as I picked up the things and went inside.

Morning came and I told my girlfriend, Anné, that I thought I had a nightmare. She had already prepared some coffee for me to start my day. I was still shocked because it felt so real that I still had my stuff exactly where it was when I started. I ignored it, took the coffee and went to my room.

I went to school, still irritated about that serious déjà vu event. Everyone, including Anné, was staring at me as if I was going to have my stress suck the life out of me. When the teacher entered the class, she told me to go to the principal’s office and continued teaching the class.

I went to the principal’s office and he looked at me with a straight face.

I tried to change my expression, but it just looked creepy.

I told him, “I’m okay, sir,” and waited for his next question.

“I want you to do me a favour and help me rearrange the office. The janitors are doing this for all four staff rooms,” the principal commanded.

He and I both picked up the furniture and replaced them in the orders he wanted it. It was kinda boring.

The next night, the moon was full, but halfway hidden behind the clouds. I set up everything again at the same time as the previous night, then relaxed and waited for the clouds to reveal the moon completely. Everywhere went black again and I reappeared in my bed in the exact angle as the previous night. I went outside, picked up my things and went inside. I could not sleep with the thought of that problem on my mind.

Morning came and I was sure that that was not a dream.

“This cannot happen twice! There is something wrong!” I told myself as I picked up my bag and went to school in anger.

Anné looked at me with a worried face. She was probably worried about how I felt the day before and, seeing that no one did anything to help me, including her, she’d feel guilty as well.

“Honey, wait,” Anné shouted as soon as my foot fell on the first tile in the school’s hallway.

I paused. She ran towards me in full speed and pounced me with a hug, saying, “You have to tell me what’s going on with you. You look like I left you – no offence – but what is going on in your mind? Is this problem still happening to you? Tell me something!”

I stood quietly. My mind went blank. I felt like sand was racing off my back.

I stepped into the classroom and Rafael looked at my face and commented, “DUDE! Your face is going to crash! WHAT is going on?!”

I looked at him, looked at the chair and sat down.

“Don’t forget, man, we got homework to do. Oh, wait, you weren’t in the class with us at that time. Well, you can always copy it from me this afternoon,” he said.

I was too upset to even answer him. He looked embarrassed afterwards.

After school was over, Anné was stopped by two soldiers riding in a small van. They gave her a shotgun with a sash and said, “Anné, the government sent this, keep it safe. Don’t tell anyone about it, okay? No time to ask questions — he’s got a job for you in the future.”

That same person looked at me and continued, “If you still have the weapon, the chief wants you on a job, too, okay?”

Having so many questions floating through my mind at that time, I had one thing to tell them and so I did, “Don’t worry, sir, I am ready.”

But I still wondered what they were talking about. Fear kept me from asking that question.

The third night arrived and I had a plan that seemed like it would’ve solved the problem. I searched everywhere for any signs of trouble and set up everything again. I took a look at my device every now and then to see what time I would black out or if that’s what I think I did.

Suddenly, the phone displayed a battery warning of one percent and switched off immediately without shutting down first. Everywhere went black and I woke up in my bed, barely remembering that my device’s time was eleven o’clock.

Morning came and this time I asked Anné if she saw any weird things at times. She said she never did as she placed the palm of her hand onto my forehead. She showed full concern for me, but that did not help the situation.

“Hey, Anné, can you, uh, stay up late tonight? I wanna show you something,” I asked her.

She looked at me, looked down and looked up again and said, “I’m not ready yet,” then she blushed a little.

Right away, I figured out what she was thinking and what it sounded like to her, and I was shocked.

Night fell and I was ready; the family was asleep and so was Anné. I woke her up, gave her a flashlight and pointed at the bedroom door. At that time, I was very serious. I was anxious to find out what was going on with the mysterious situation. She remembered what I had told her that morning and I knew that because she actually got up regardless that it was half past ten in the night.

She changed her clothes and came out with a dark tank top and really short red skirt. She grabbed her shotgun and sash and equipped it like a schoolbag. Finding no weapon, I picked up a nearby stick. We were ready.

We remained outside and waited. I looked at my phone and notified, “Eleven o’clock, Anné. Get ready.”

She took out her shotgun and aimed it in front of me. After a few seconds, she fainted. Everywhere went black again and this time, we both woke up simultaneously.

“Anné, are you okay?” I questioned her in full concern. “Can you remember what happened?” She remained quiet in shock and nodded yes.

The next morning, I woke up and saw everyone making noise as usual, but Anné was standing in front of her closet, reloading her shotgun in anger. As soon as I was about to touch her, she turned around and said, “I felt it and I’m not going down without a fight!”

Being loud enough for my brother to hear, he probably figured out what she meant and why she went outside with me very late last night. He stated, “If you went outside in the night and stood out too late, The Unseen Force will save you.”

I asked, “What are you talking about? That’s The Unseen Force?”

He replied, “The Unseen Force is a peculiar, mind-controllable action that teleports you to bed at a certain time in the night, seconds before dangerous mystical creatures come out, so be careful.”

“Eleven o’clock, I timed it. You faint at eleven o’clock and spawn in your bed awake,” I responded, giving extra information.

My brother then continued, “Okay. Anné, put away your shotgun and use my neon rifle instead. Physical attacks are of no use to those kinds of things. This rifle is a ‘one-shot kill’ that penetrates heads but needs to be aimed well. Good luck.”

I then found out what the soldiers were talking about a few days earlier. I then ignored that thought, knowing that it would put me in a lot of trouble. My brother and Anné were both the nerdish-bright kind of people who studied mythology, a lot.

I took Anné’s shotgun off her back and she equipped my brother’s weird-purposed rifle. I still decided to hold the shotgun with me because I never held or used a gun in real life before. I was always the virtually-hypnotized kind of person when it came to those kinds of things.

Night came and, remembering what my brother said about The Unseen Force, I became nervous, but Anné didn’t show a teardrop of fear. Overwritten with anger, she commanded, “Honey, let’s go.”

She looked at me with a serious face and I nervously responded, “What, it’s funny!”

We walked out of the front door like heroes walking in front of an explosion, not looking back.