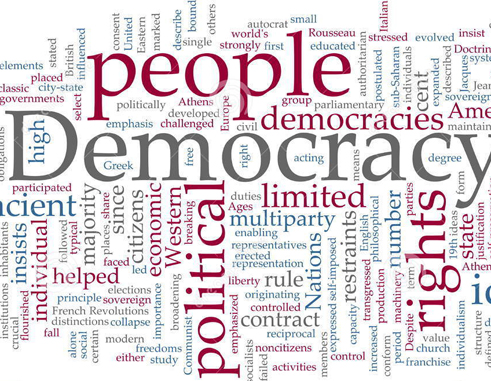 PRESS RELEASE – SAINT LUCIA yesterday joined the rest of the world in the observance of International Day of Democracy.

This year’s theme of “Democracy and Conflict Prevention” focuses on the critical need to strengthen democratic institutions to promote peace and stability. A more integrated approach to foster resilient societies calls for effective and inclusive democratic governance with respect for human rights and the rule of law.

Democracy is a system of government with four key elements:
A political system for choosing and replacing the government through free and fair elections;
The active participation of the people, as citizens, in politics and civic life;
Protection of the human rights of all citizens; and
A rule of law, in which the laws and procedures apply equally to all citizens.

The Electoral Department assists the Electoral Commission, the latter being charged with the responsibility of managing the conduct of free and fair elections. Although not immediately apparent, this primary element of democracy — the conduct of free and fair elections — is an essential factor for ensuring conflict prevention in society by way of the second key element identified above — the active participation of the people, as citizens, in politics and civic life.

Resilient societies are able to mitigate disputes through mediation, dialogue and a reasonable degree of legitimacy of their institutions. Developing effective conflict prevention mechanisms and infrastructures provides a foundation to resolve grievances and sustain peace. Processes, such as peace agreements, elections and constitutional reforms, can help maintain equilibrium between competing interests and reduce fragility and the likelihood of organized violence.

Strong leadership to support democracy, strengthen civil society, empower women and uphold the rule of law are conditions that preserve stability and peace.

International Day of Democracy provides an opportunity to review the state of democracy in the world. It was established through a resolution passed by the UN General Assembly in 2007, encouraging governments to strengthen and consolidate democracy.

According to the United Nations, the ideal of democracy can only be made into a reality to be enjoyed by everyone everywhere with full participation of and support by the international community, national governing bodies, civil society and individuals.

The Electoral Department, for its part, will be undertaking a series of presentations and media appearances to educate citizens on the role and importance of democracy.