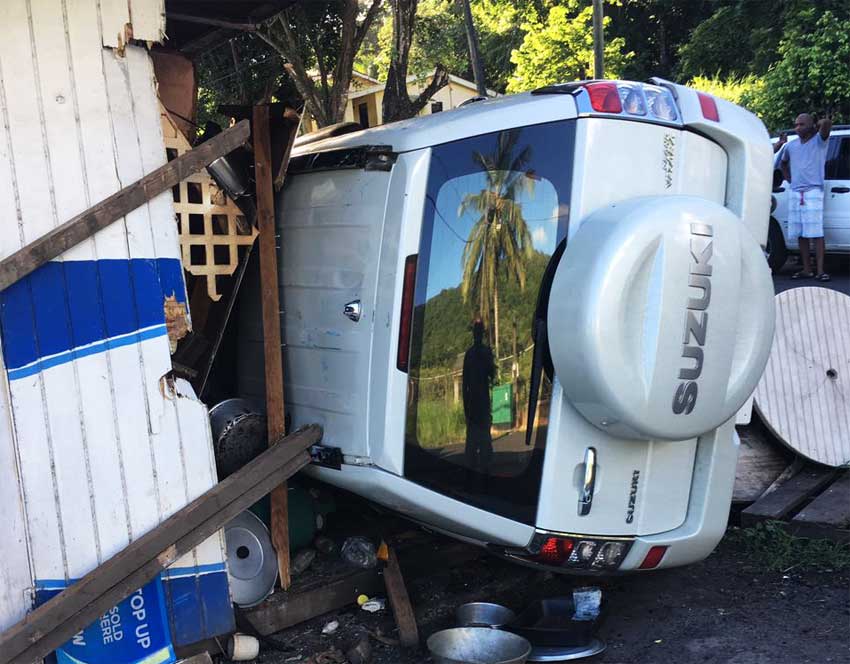 A series of crashes and collisions early Sunday morning have raised the issue of driving whilst intoxicated or tired after a night of partying and socialising.

At least three incidents have been recorded Sunday, two of which involved crashes.

In one of the incidents which occurred in Balata, the driver of a white Suzuki, registration PG1733 is said to have fallen asleep at the wheel, and subsequently veered into a vending hut.

It is believed that the driver was the sole occupant of the vehicle, and the shop was unoccupied at the time of the crash.

Onlookers reported that the driver was seemingly in a stable condition at the scene, but was taken to the hospital via ambulance

Although the details of the driver’s activities prior to the incident are unknown, the cause of said incident has brought to light an ongoing issue of drivers who get behind the wheel whilst tired/exhausted.

Drivers are reminded that if they are too tired to drive safely, they are advised to either get a designated driver to drive them to their destination, don’t get behind the wheel and get some sleep where they are (in examples of residential social gatherings or work), or if they feel too tired to function properly whilst driving, pull over to a safe spot along the side of the road and get some sleep.

The other crash occurred at Top Of The Hill where a four door sedan crashed into a pole.

Fire personnel had to be dispatched for this incident, and currently, The VOICE has no information on the number of occupants or their condition.

The third incident occurred in Corinth; however, details of this incident are yet to reach The VOICE Team.

According to eyewitnesses, the incidents have resulted in backed up traffic both north and south bound along the Gros Islet Highway.