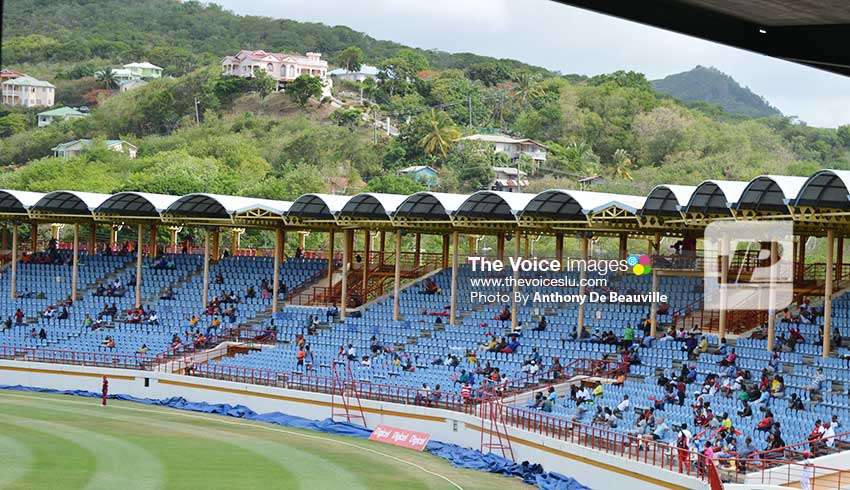 DESPITE a disappointing turnout by fans for the first two ODIs, West Indies and Afghanistan are now 1-1 after the first two matches with the third scheduled for tomorrow.

The Daren Sammy Cricket Ground remains the venue for the final ODI between the teams following victories for each last Friday and Sunday.

On Sunday, after going down in the first ODI two days prior, West Indies responded with a hard- fought victory, winning by four wickets.

Captain Jason Holder lost the toss for the second time in as many matches, and the visitors opted to bat first, eventually getting bowled out for 135 in 37.3 overs. Gulbadin Naib top scored with a well-played 51 off 73 deliveries before giving Ashley Nurse his second wicket. Other good contributions came from Mohammad Nabi (13) and AsgharStanikzai (11).

In reply, the West Indies struggled against the bowling of Rashid Khan. Evin Lewis got a good start but was eventually out LBW by Khan for 33. Kieron Powell (12) and Royston Chase (9) also fell to the mystery spinner before Shai Hope who scored 48 from 77 deliveries settled in to claim the Man of the Match award. Holder was not out on 11 and Rovman Powell scored 17.

In Friday’s encounter, the West Indies lost the first One Day International by 63 runs. After winning the toss and opting to bat, Afghanistan got to 212 for the loss of 6 wickets in their 50 overs. Javed Ahmadi top scored with an impressive 81 runs. For West Indies, Ashley Nurse picked up 2 for 34.

Chasing 213 runs for victory, the home team had no answer for the mesmerizing bowling of Rashid Khan as they were eventually bowled out for 149. Shai Hope top scored with 35. Khan had impressive figures of 7 for 18 in his first match at the DSCG in Gros-Islet. Afghanistan won by 63 runs.