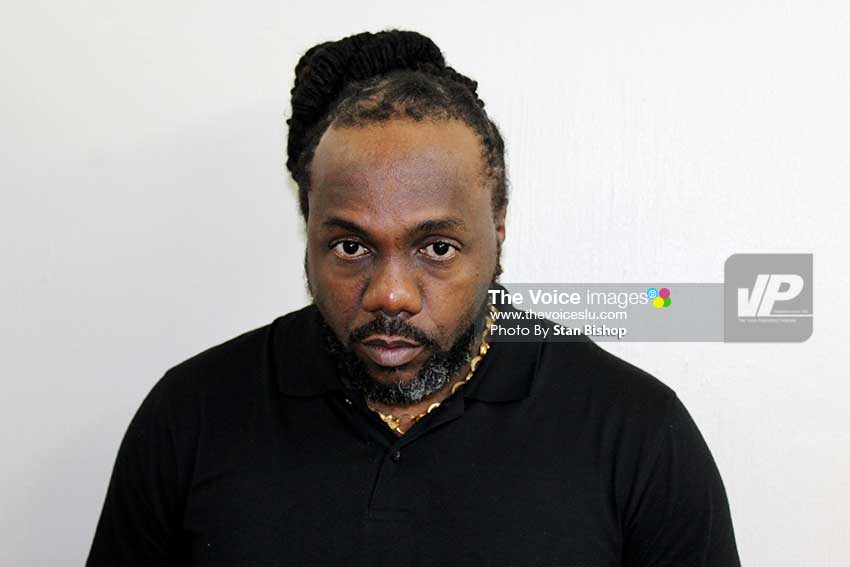 Former Caribbean Soca monarch, Jonathan St. Rose (new stage name, Ninja Dan XD), is back on the soca scene and plans to take his music to a higher plateau from where he left it nearly a decade ago.

For starters, he said the ‘XD’ prefix means “extra this, extra that, extra definition, extra difference, extra determination”. His groovy soca tracks, “Soca Praise” and “Jam Down”, and party soca track, “DohFraid”, are set to reestablish him as the dominating soca force he was in the past with songs like “Rise”, which advocated determination above circumstance. Music has brought him this far and he’s intent on rising above every circumstance, he said.

“I was a calypsonian while attending Castries Comprehensive Secondary School and went by the name ‘Young Invader’. I’ve always had a fear of the stage despite my creativity knowing no boundaries. I was shy when it comes to performing in public,” he said about his musical roots.

His journey into music really took off in 2002 when he and super producer Courtney “Cutty” Louis of Dutch Productions recorded his first song, “Karate”, in a 10-foot by 10-foot room at La Pansee over three days without eating and bathing, “just trying to create something”.

“The song wasn’t the best in terms of production and voice at the time,” he confessed. “But it was a learning experience and I was able to transition from being a dancehall and hip hop artiste to soca artiste.”

Ninja Dan XD remembers trying to convince the board of a calypso tent back in the day that he was talented enough to join their ranks. With virtually everyone else showing him the thumbs-down, he said his idol, Invader, stepped in and suggested that the young aspiring artiste be given a shot.

“That’s why I’ve always looked up to Invader. When I studied his history, in terms of his song, ‘I Come To Mash UpYellowman’, I realized that he was the evolutionist of his time,” he tells me.

After joining Take Over Tent, he said he realized that it wasn’t the best place to develop his talents as a young artiste. He remembers being booed during a performance for his blend of soca and dancehall music that some people were not impressed with. Maintaining his composure – and even leaving the stage to perform among the audience – he broke down after his performance.

It was Trevor “Jah T”, his songwriter at the time, who told him that he gave a great performance and had a bright future in music. Buoyed by those encouraging words, Ninja Dan XD linked up with Kayode, Dupes and others and discussed opening a soca tent and “start a movement”. New Generation (NG) Soca Stage was formed in 2005.

“Around that time, soca music started to develop,” he said. “Even our music producers were going abroad and experimenting. But during my eight-year hiatus from the music scene, I found the veteran artistes were not experimenting as they should.”

That hiatus he speaks of was spent doing time in prison following the death of a Marchand man on Valentine’s Night in 2009 in which he and friends were alleged to have been involved. He and his friends were released earlier this year after a plea deal.

Despite that setback, he saw blessings emanating from the situation, saying that he’s “a visionary man and I’m spiritually rooted deeply. It’s almost that my songs are my life, my ambition.” On being incarcerated, he said the experience has also taught him a few lessons about life.

“I look at it as a good thing. It’s almost as if Jah preserved me to do what I’m supposed to do. I’m not an artiste to come and sing bacchanal; I’m elevated on a different level. I can’t sing music to destroy the people; I have to sing music to elevate. It makes no sense for me to sing music that tells people to get mad and drunk and five years down the line, you’re not there to support me,” he explained.

However, Ninja Dan XD said that while incarcerated, he thought heavily about whether he’d be able to perform again. Reading books, including Nelson Mandela’s “Long Road To Freedom”, he said, gave him strength. While his release is “a pleasure and honour”, he intends to take both life and music more seriously.

Before incarceration, he had racked up great successes: running a successful soca tent, becoming Caribbean Soca Monarch in 2007 and being involved with RISE St. Lucia Inc., which promotes values and character. He’s also trying to teach his son, Jelani, the ropes of the soca business.

“My music is not just positive vibes; it’s a movement, a passion,” he said. “We can’t succeed without passion. Many people try to do things just for the money’s sake; if that’s the case, they will never make it. One thing I’ve learned from the experience I’ve been through is to put Jah first. A lot of these distractions and illusions – don’t fall for them.”

The soca star now intends to refocus and recommit his energies and talents to ensuring that both soca music and positive vibes continue to make a meaningful impact in the community. He also hopes to bring his music to a larger audience by touring. He also had some advice for youngsters.

“Just put Jah first. Don’t try to be a hero. We all have our choices in life and decisions to make. But always try to think before making irrational decisions. I want people to keep praying,” he stressed.