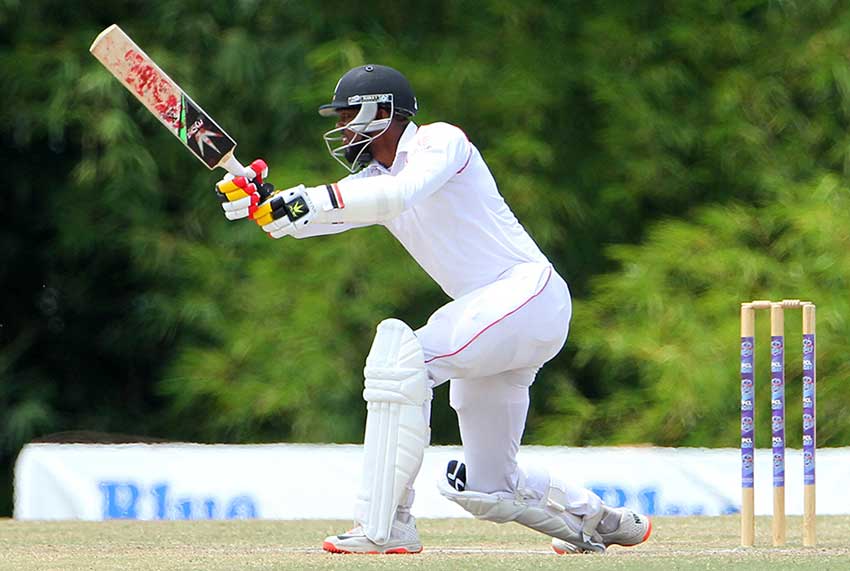 KYLE Hope and Sunil Ambris have earned call-ups to West Indies’ One-Day International squad* for the final three ODIs of their ongoing home series against India.

The duo came in at the expense of Jonathan Carter and Kieran Powell in Cricket West Indies’ 13-man squad named on Tuesday.

The third ODI takes place tomorrow in Antigua, which will also host the fourth game, before the teams head to Kingston for the fifth and final match and a one-off T20 International.

Hope, the 28-year-old top order batsman and brother of incumbent national wicketkeeper Shai, captains Trinidad & Tobago in domestic cricket while Ambris, a 24-year-old wicketkeeper-batsman, plays for Windward Islands. Both players are uncapped at the international level.

Hope opened the batting for West Indies A on the One-Day leg of their tour of Sri Lanka last year and turned in good performances with a century and an 81 in three matches. He was also one of the stars of Trinidad and Tobago’s campaign in the WICB Professional Cricket League Regional 4-Day Tournament (PCL) in 2016-17, finishing second only to YannicCariah on the tournament run charts.

Ambris was the seventh-best run-scorer in that tournament with 608 runs at 43.42. That included a double-century against Leeward Islands when he cracked a 256-ball 231, with the help of 27 fours and five sixes, to set up Windward Islands’ seven-wicket win.

“Sunil Ambris and Kyle Hope are two very promising young batsmen who have been selected on the basis of strong performances in our competitions,” Courtney Browne, Cricket West Indies’ Chairman of Selectors, said. “Kyle opened on our last A team One-Day tour to Sri Lanka and had some very good performances. In addition, he also had a good showing, opening the batting for the Trinidad & Tobago Red Force franchise in this year’s PCL competition.

“Sunil did well in our Regional Super50 One-Day tournament and also had a good showing in this year’s PCL first-class tournament for Windward Islands Volcanoes and, therefore, will fit within our middle order. They will be up against a good Indian team and they have an opportunity to show their skills and contribute to a stronger team performance.”

India lead the One-Day series 1-0, having picked up a 105-run win in Port of Spain after the first match ended in a washout.