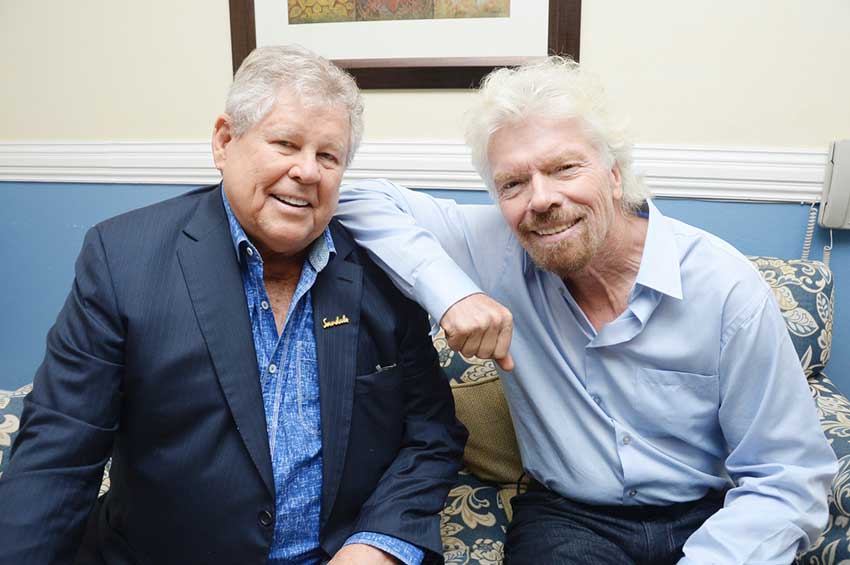 PRESS RELEASE – TWO of the Caribbean’s most iconic personalities implored entrepreneurs to shake off the fear of thinking global and find the courage to take on the world while hosting a discussion panel and luncheon at the Jamaica Pegasus Hotel in New Kingston on June 6.

Gordon “Butch” Stewart, the Caribbean’s top hotelier and Founder of Sandals Resorts International and Richard Branson, Founder of Britain’s Virgin Group, double-teamed in their joint call to business owners, especially the young, to use their Caribbean experience to launch out into the international marketplace.

The Jamaica Pegasus Hotel in New Kingston gathered young entrepreneurs with high hopes and brand new ideas. The youngsters took in every word of advice offered by Branson and Stewart, both empire builders and creators of world-renowned brands, as well as long-time friends.

“Be not afraid to think global. Start where you are and believe in your product,” Branson said, singling out his Virgin Records for its modest start in London before becoming the world’s largest independent recording company.

He said the Caribbean was an ideal place to launch from, describing it as “to die for” and “akin to the Garden of Eden”, the biblical oasis where God created Adam and Eve — the first man and woman who would later populate the world.

Stewart, who built his Sandals empire from a rundown hotel in Montego Bay, shared his business philosophy, saying, “Don’t just deliver service but exceed expectations”. Stewart advised the entrepreneurs that “Business begins with service, continues with service and it’s all about service. Then promote, promote and promote…in every corner of the globe.”