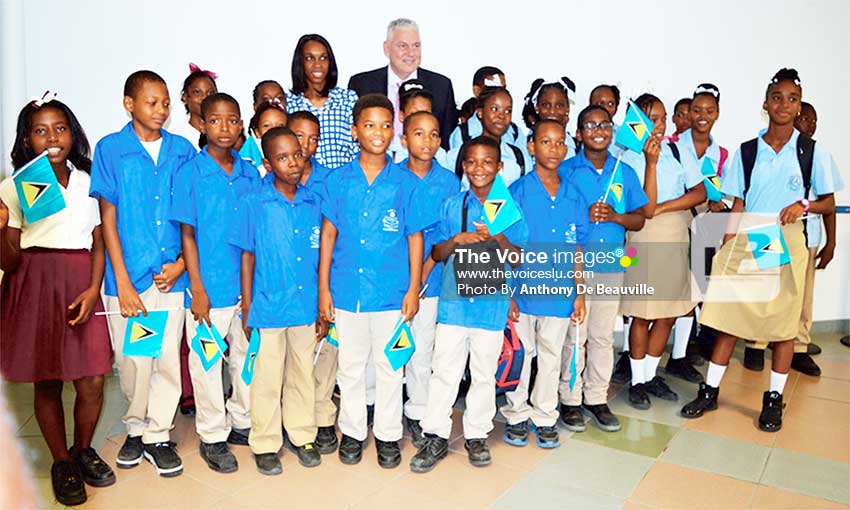 MICOUD South MP, Prime Minister Allen Chastanet, says he intends to work with the Saint Lucia Football Association (SLFA) to put a world-class facility in Desruisseaux, which forms part of the Micoud constituency without lights on any of its playing fields.

He said, “We are also in preliminary discussion with Jermaine Defoe in terms of putting together a Jermaine Defoe football camp in Desruisseaux. We intend to improve the current playing surface which will include the possibility of a track and a sports club. Apart from the playing field, the sportsmen and sportswomen will have a sports office which will have changing rooms and other amenities.”

Chastanet added that there are plans to have sports facilities throughout Saint Lucia to accommodate track, football, basketball and volleyball.

He Said: “We are also looking at the creative industries. So after school, you will have these facilities in which we will have clubs at the primary, secondary and at senior levels. We will be working with the private sector to make sure we have tournaments on a regular basis.”

Chastanet spoke to The VOICE at the recent official opening of the 2017 Desruisseaux Football League’s ‘Rep Cup’, which he sponsors, saying that since the area had not had a tournament for quite a while, it was deemed a good idea to get one off the ground.

“It is also a prelude to the announcement for some of the new facilities. We will be putting in lights in three communities: AnseGer, TiRocher and La CourVille,” Chastanet said.