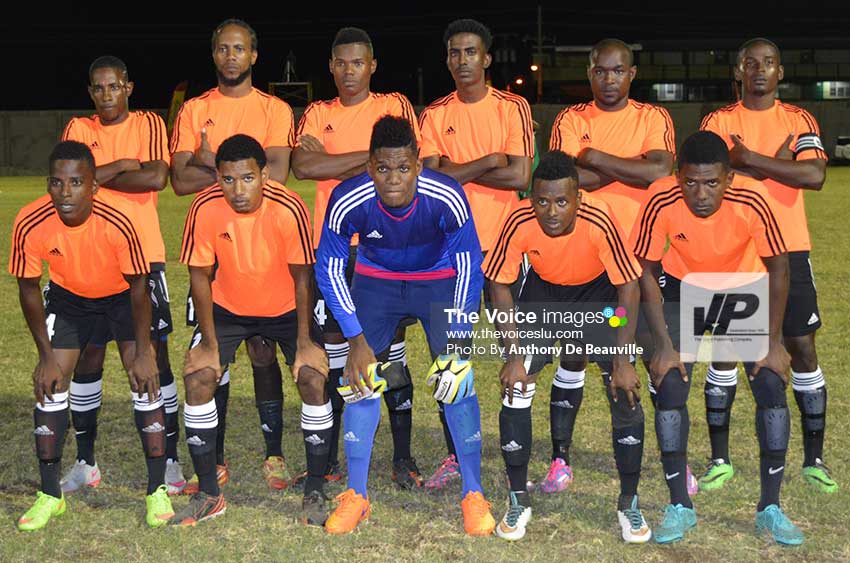 THE Phillip Marcellin Grounds in Vieux Fort will be a very active place this evening as the Saint Lucia Football Association/Vizions Entertainment “Super League” kicks off with two electrifying matches.

Hundreds of football fans are expected to witness the brief opening ceremony from 5:00 p.m. which will showcase all 19 participating teams.

A record $100,000 in cash and prizes is at stake, including a brand new car for one lucky patron on the evening of the finals on Saturday, May 27 at the Daren Sammy Cricket Ground. Like last year, the winning team will take home $30,000, the championship trophy and gold medals.

The match at 6:00 p.m. will see former champions Gros Islet play home team Vieux Fort South in what is expected to be a keenly-contested matchup.

Gros Islet was booted out of a podium finish by Micoud 6-2 in the quarterfinal round last year at the PMG. This time around in their opening encounter, captain Everton Lambert, Eden Charles and prolific striker Troy Greenidge will want nothing less than a win against last year’s finalist VFS led by Jamil Joseph, who will have alongside him the likes of Tyson Cox, Nyrone Winter and Noah Nicholas.

Much is expected from this encounter as the arch-rivalry is expected to continue between the north and south football teams as they do battle for bragging rights.

The second encounter from 8:00 p.m. is a must-see affair as Grenada’s defending champions, Paradise, will play Saint Lucia’s defending champions, Micoud, for the Beauty Max Champion of Champions Trophy. Micoud will have in its lineup Noah Didier, Mahone James, Andre and Andrew Joseph, Travis Thomas, Levi Altidore and Shane Paul.

Tomorrow, Soufriere for the first time will play host to the tournament as the Vizions train whistles its way to the Mini-Stadium for a double-header. From 5:30 p.m. the National Under-20 team with Keeroy Lionel and Cassius Joseph in its mix will play Canaries which has a formidable lineup, including Bradley Tisson, Nick and Steven Longville, Peter James, O’Neil Toussaint, Dwayne Jn Baptiste, David Henry, and Rick Leonty. While the boys from Soufriere will want to change things around this year as they have never won the Super League Cup; whe they play Anse la Raye at 8:00 p.m.

The tournament takes a one-day break and will resume on Tuesday at the La Ressource playing field with a double-header in Group 4. From 6:30 p.m. Marchand take on South Castries and Dennery meet home team Mabouya Valley from 8:30 p.m. in what has already been dubbed a “Thriller in the Valley”.