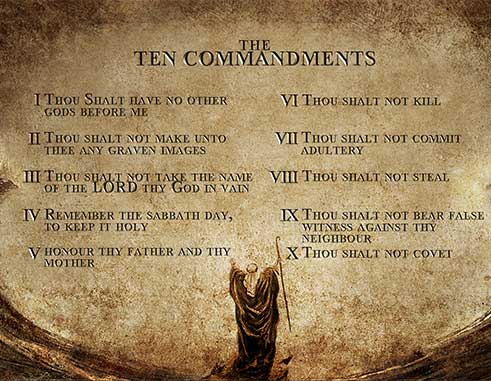 AS we approach the Passover and the days of unleavened bread starting on April 10 or the night of April 9 we need to have a new perspective of God’s Holy Day, a new beginning of the Festival as outlined in the book of Leviticus chapter 23 versus 4-8 as holy convocations. In fact the last day of the Hebrew year was Monday March 27. The beginning came on March 28.

And God’s approach at the beginning includes all the commandments including the ninth commandment we shall examine today. As we know Satan has deceived the whole world and has broadcast his own evil lying attitudes to a willing humanity so as we read in Jerimiah 17:9 – the heart is deceitful and desperately wicked and as we read in 1 John 2:4 he who says” I Know him and does not keep his commandment is a LIAR and the truth is not him”.

Today lying has become more sophisticated than ever. As quoted in the great book our Saviour Jesus Christ was murdered from the time he was on the earth. Judas Iscariot.

A newspaper columnist said in his column ninety-one of those surveyed say they fb (lied) regularly and one of the five say they can’t get through a single day without a premediated white lie. And as some people have said the mass media is a purveyor of exaggeration, distortion or other colouring of events –starting or covering up information which is used to push particular political or social agenda.

But our God is the God of truth and he has proclaimed “I am the way, the Truth and life” (John 14: 6). Judas Iscariot lied to the authorities for 30 pieces of silver against our Lord Jesus Christ. And we testify that he was troubled in the spirit and said “most assuredly I say to you, one of you will betray me ….”. This was said at the Passover feast or Last Supper. These saying stem from the conception of lairs. And Judas said I have sinned by betraying innocent blood and he threw down the pieces of silver in the temple and departed and went and hang himself (Math27:3-10).

According to the Old testament a false witness will not go unpunished and he who speaks lies will not escape but shall perish (Prov.19: 59). The wages of sin is death.

Even the philosophy and scientists (and lawyers) of the world are ‘without excuse’ for denying that the created now sustains and rules it. They have exchanges the truth of God into a lie (Rev1:25). And the scientists and theologians who believed as Satan- inspired chorus of revolution out to know better.

But it is not enough to merely speak the truth, we must also LIVE the truth. David’s psalm of repentance to God, he wrote, “behold, you desire truth in the inward parts (Psalm 51:6). Remember that God can always see. We may fool others but we cannot fool Him.

Imagine a world in which everyone told the truth. Every decent man’s reputation would be protected and unworthy men would never be placed in high positions of responsibility…. It applies to every phase of society utopian civilization- a liberated world- as we certainly will have when God’s kingdom is established in in the world. His same words in John 8:32 “You shall know the Truth and the Truth shall make you free”.