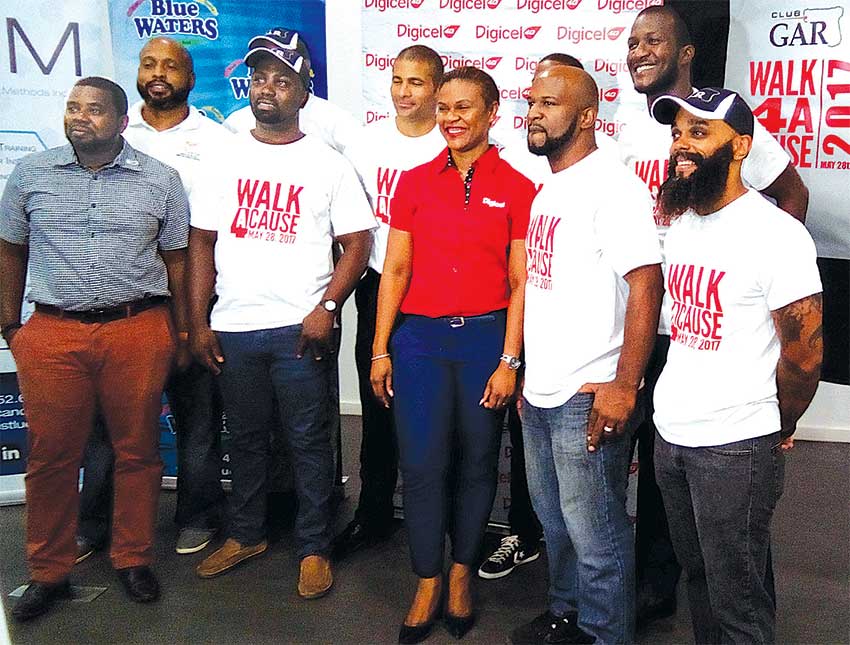 AT one time in their existence they were known as being a steel hand inside the velvet glove of obscurity. But times have changed and now, the premiere shooting club on the island known as Club Gar, is taking a hand in social issues impacting the country.

One way the club does this is to select a worthy cause and think of a way that will help that cause impact positively on the country.

Last year the Club took up the Diabetes Cause and engaged in a Walk for a Cause initiative that netted $50, 100 to the St. Lucia Diabetic & Hypertension Association.

Another time the Club raised $50,000 for the World Paediatric project which involves life changing medical interventions for children with various medical complications.

Assisting children and the youth has always been close to the club’s heart and at one time members raised $15,000 for the St. Lucia Cadet Corps which went towards the teaching members of leadership, skills and other character building elements.

The Club, this year, has decided to deal with an issue that if goes unchecked will continue to create tremendous heartbreak to families, especially children, across the country.

That issue is domestic violence which already has claimed lives and leave children either without a mother or father and has become a plight on the society drawing a significant part of the resources of the Ministry of Human Affairs to deal with, including police and the court system.

“The challenge we have every year is to sit and think what the cause will be. To date we have suffered six homicides for the year 2017 due to domestic violence, three men, three women. It (domestic violence) is destroying our lives, impacting adversely on children and families. This year we decided that Club Gar’s cause is to break the silence on domestic violence. Let’s make it a discussion let’s make sure people are aware of it, let’s make sure people know the mechanisms that exists and the avenues that exist in getting help and getting out of these situations,” Anthony Bristol said Wednesday at the club’s launch of this year’s Walk for a Cause event.

According to him every domestic situation can in quick time become volatile and could lead to someone losing his or her life.

The Walk for a Cause initiative is schedule for May 28 and begins at the Vigie Roundabout and ends at Club gar’s headquarters at Morngiraud, Gros Islet. Funds raise through this event will be managed by the National Community Foundation (NCF).