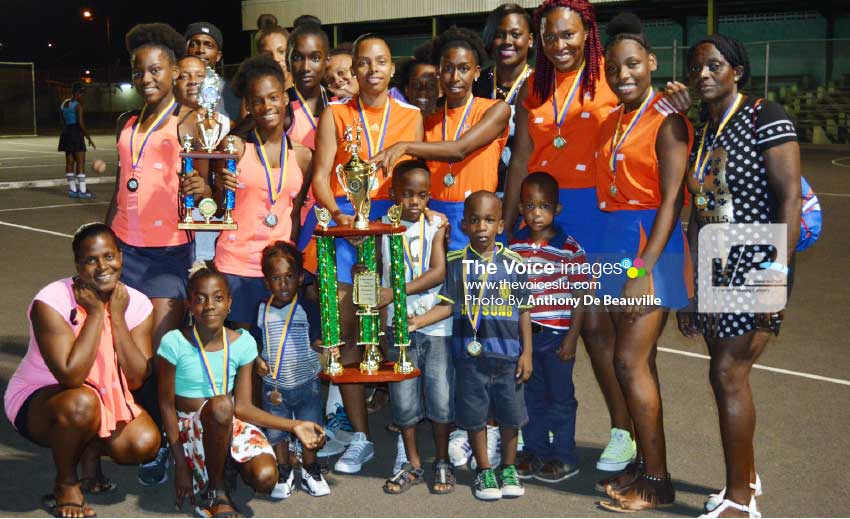 ST. JOSEPH’S Convent Egrets, Shamrock and Canaries emerged champions in three divisions of the 2017 Independence Club Championships as the curtains came down Sunday at the Vigie Multipurpose Sports Complex.

Leading the way for Soufriere was Desy Nestor (23 from 37) and Heather Pascal (7 from 16), while for Northern United Edsha Butcher netted (15 from 23) and Haley Faisal (9 from 14) attempts respectively.

In the second encounter there was no stopping SJC Egrets as they were ran away winners over Micoud 30 – 15.

For the Egrets MelikaDestang netted 18 from 29 attempts, Britney Desir 8 from 21 and Melanie Antoine 4 – 8 attempts. For Micoud NickeageRudslip scored 10 from 16 attempts, Breana Daniel 4 from 9 and Kiana Louisy 1 from 4 attempts.

At the conclusion of the matches a brief closing and prize giving ceremony ensued. In addressing the gathering Permanent Secretary Donavan Williams told the netballers that there was dire need for them to take ownership of their sport. It could not be business as usual as there needed to be a more holistic approach towards the overall development of the sport. There must be a greater commitment by everyone to facilitate the continuous support by the Department towards the sport, he said.

The gathering was also addressed by the Netball Association President Liota Charlemagne Mason who pledged her executive’s commitment towards the growth and development of the sport. However, she said this could not be achieved in isolation as every one had to fulfill their role.