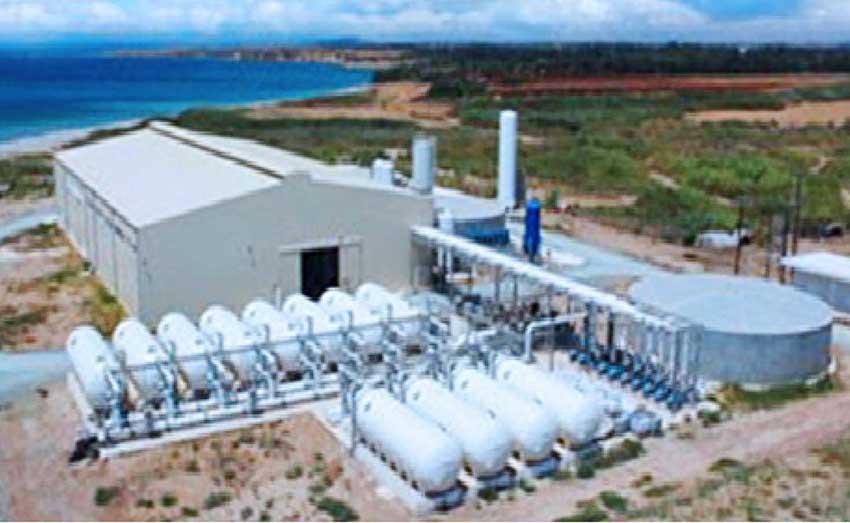 SEVERAL administrations in the past have attempted to intervene in the water sector with very limited success. Despite spending hundreds of millions over the last 20 years, our water sector is still in shambles.

We intend to create three distinct zones of integration for our water resources. The Northern Zone will be from Ravine Poisson to Roseau and will include the entire north and northeastern parts of the island. There will also be a Southwestern Zone that will cover Roseau to Choiseul, and a Southeastern Zone that will be from Laborie to Dennery. The intention is to create a level of integration of the water reticulation system.

The majority of our tourism plant is based in the north of the island, our centre of commerce is in the north and 60% of our population resides there. Undoubtedly, a collapse of our water reticulation system in the north can have a deleterious effect on our economy. This area is thus forced to become a priority. It is our view that the present prioritization of desilting of the John Compton Dam is flawed.

We do not believe that the desilting of the John Compton Dam should be the first work activity of the water reticulation system for the north of Saint Lucia. We are of the opinion that reducing the loss of potable water in the distribution lines has to be the first priority. The second priority should be the reduction of loss of the raw water along the pipeline from Millet to the treatment plant at Ciceron. At present, we are losing 40% of raw water along the route. The last activity would be the development of dredging as a continuous maintenance activity at the John Compton Dam.

Given the stage of the procurement process of the desilting project, the reduction of loss of raw water and potable water will then be the top priority and discussions will be held with the Caribbean Development Bank to explore the possibility of the present loan being restructured to define a new scope of work.

The development of the western corridor is hindered by the lack of water supply. Ironically, there are two major river courses, namely the Anse la Raye and Canaries Rivers, in this area. The intention is to integrate these two water sources to provide all the demand for the future development along the west coast road. Within the Southwestern Zone, one sub-zone will involve Anse la Raye and Canaries and the other Soufriere and Choiseul. This will ensure that residents and future tourism investments are fully serviced.

The Southeastern Zone will have two sub-zones. Denney and Micoud will be considered a sub-zone and Vieux Fort and Laborie another. We believe this integration into sub-zones will significantly impact the water sector and thus spur economic growth.

We intend to immediately commission the preparation of a Drought Management Plan and Water Reduction Guidelines. We must accept the reality of climate change and respond promptly to the impending challenges. This plan and guidelines will focus primarily on improving water use efficiency of consumers by assisting them in preparing for shortages when supplies are adequate, and to shift to curtail demand when shortages occur.

We remain committed to seeing a functional WASCO that is financially self-sufficient and part of the review will look at board composition and outsourcing. While various past governments have flirted with the idea of privatization, these efforts have been monumental failures. The model that is being sought is to allow local and regional institutional investors and LUCELEC to be shareholders in a new WASCO with the Government of Saint Lucia maintaining minority shareholding.

Water supply has to be seen in the same manner as telecommunications and electricity and the transformation has to start immediately. It is a disruptive transformation but one that we see is required for the sustained economic growth of Saint Lucia. The development that we have seen in the north was supported by the investment in the John Compton Dam in the 1990s, thus water supply must be viewed as the conveyor belt of economic activity.

We will deliver real change.