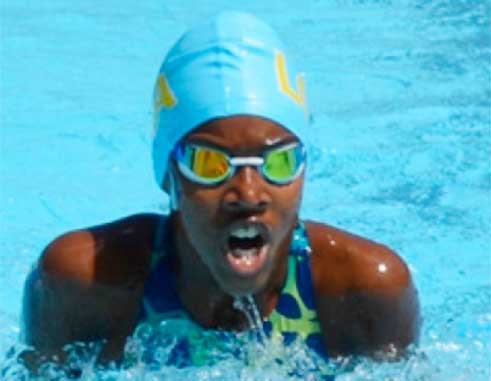 The meet recorded exciting performances from some of the elite swimmers representing the six clubs on the island as they continued preparation for final selection to represent Saint Lucia at the upcoming CARIFTA Swimming Championship in the Bahamas next month.

In the Relays for the Boys 10-and-under 200-metres freestyle, the quartet of Ethan Hazell, Karic Charles, RojanFelicien and Liam Emmanuel placed second while in the Girls 11-14 200- freestyle, Naima Hazell, Naekeisha Louis, Angelique Gaillard and Aliyah Henry had to settle for a third place finish.

Lightning Aquatic’s President, Tessa Louis told The VOICE she was pleased with the performances put on by the swimmers.

She said, “Overall, we are happy with the performances. Our swimmers recorded many personal bests and we look forward to even better times at our next meet. Moving forward, our focus will be improving technique, endurance and ensuring that swimmers are not just physically but mentally prepared for competition.”