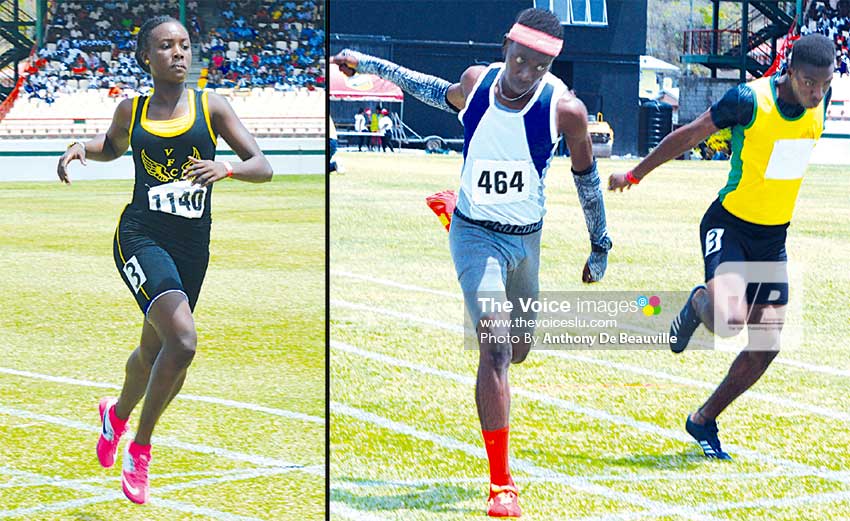 DESPITE a late start yesterday at the Daren Sammy Cricket Ground, most of the big names got through safely to next Monday’s finals of the 2017 Inter-Secondary Schools Track and Field Championship.

The finals were rescheduled to accommodate the State funeral of the late Sir Derek Walcott.

The top three finishers in each heat of the semifinal round advance to the finals, including the two fastest losers thereafter.

In the Girls 12-13 150 metres dash, Joy Edward of Leon Hess Comprehensive won in a time of 18.40 seconds, ahead of Imrina Wilson of Micoud Secondary (19.10 seconds) and Amy Joseph of Soufriere Comprehensive (19.30 seconds).

The Boys Under-16 was a class act with Michael Joseph of Corinth Secondary heading the list of finalists after winning his heat in a time of 21.80 seconds. He had times of 24.16 seconds in the preliminaries and 23.39 seconds in the finals in the Northern Zone qualifiers last week.

The Girls Under-18 saw CARIFTA hopeful Kimani Alphonse of Vieux Fort Comprehensive stamping her authority to win in a time of 25.30 seconds. She also ran 26.49 seconds in the preliminary round of the Southern Zone qualifier last Thursday at the La Ressource playing field.