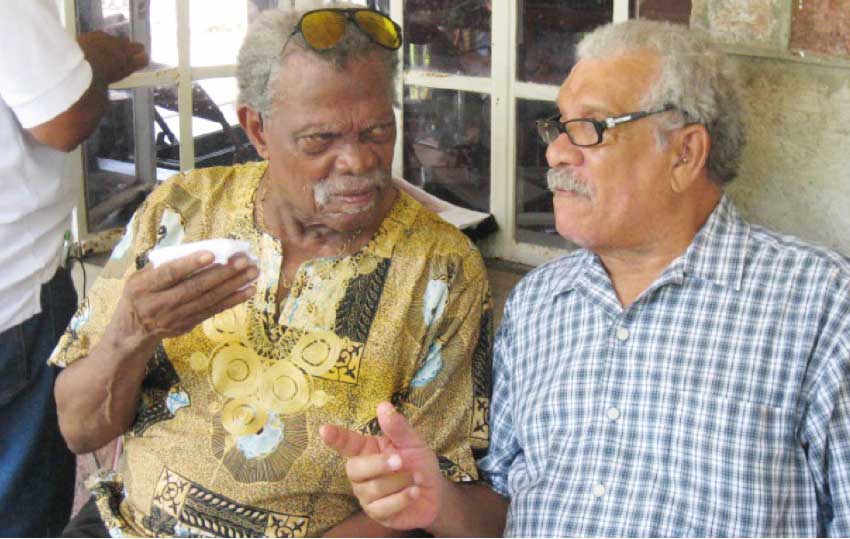 THE board, staff and members of the Folk Research Centre extend their condolences to the family and friends of the late Honourable Sir Derek Walcott, who passed away on Friday, March 17.

Sir Derek was a frequent visitor to the FRC and attended many of our programmes.

The FRC recognizes the great achievements of Sir Derek in the field of literature and theatre, and also acknowledges his honouring of our traditional folk cultures in his poems and plays. We recognize his tremendous love for his country, its historical and cultural heritage and environment.

He was an international figure who brought the life and histories and languages of his Caribbean family to the whole world. This was recognized by him receiving the award of the Nobel Prize for Literature in 1992. With Sir Arthur Lewis, he gave St. Lucia and the Caribbean a secure place in world history and achievement.

The Harold Simmons Folk Academy, which oversees the educational programmes of the FRC, is named after the mentor of both Sir Derek and Sir Dunstan St. Omer.

The FRC joins with the arts and cultural communities of St. Lucia, the Caribbean and the world in paying tribute to the late Sir Derek Alton Walcott, SLC.