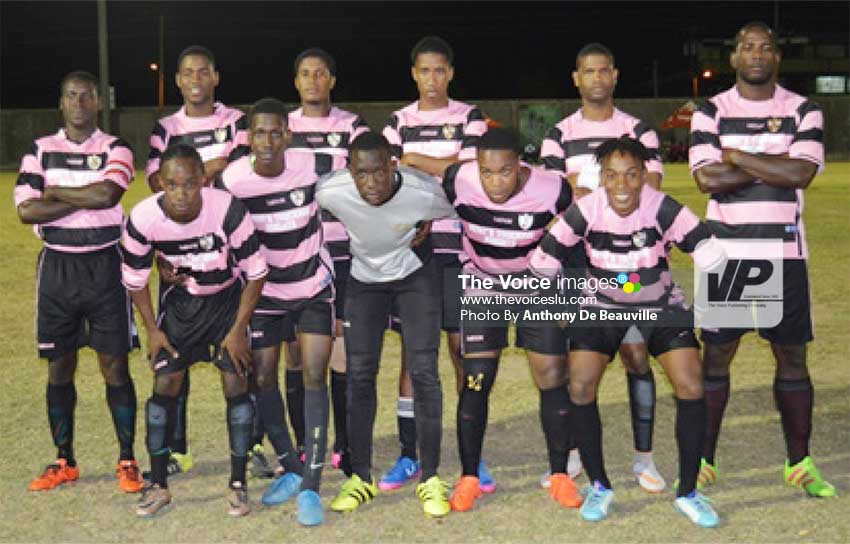 THE first round in the Vieux Fort South football league’s O.B. Sadoo-sponsored competition ended on Sunday evening with some exciting matches.

In the first encounter on Sunday, Uptown Rebels faced off against Veterans, ending the first half 3-0 in Uptown Rebels’ favour with goals from Noah Nicholas in the 18th minute and two from Shaquille St. Rose in the 24th and 41st minutes. Cassius Joseph later scored in the 78th minute to give Uptown a 4-0 victory.

The final game of the first round was a serious battle between Green Lake and Platinum with the former taking the lead via a goal from Jevic Mc. Farlane in the 22nd minute.

On the stroke of half time, Bernard Edward found the equalizer for Platinum when he scored from a free kick.

Five minutes into the second half, Dwayne Charles put Platinum ahead which resulted in the game ending 2-1 in Platinum’s favour.

On Saturday night, Victory Eagles came up against Knights. In the 9th minute, Nikel Emmanuel opened the scoring for Knights. Numerous raids and opportunities were created by both teams, but they failed to capitalize and the half time score remained at 1-0.

The second half was no different from the first with attacks and counter-attacks by both teams, but again they failed to score until the 89th minute when Yandon James scored Knights second goal for the win.

The second game proved a bit more exciting when W. Mangue took on Stable Boys. W. Mangue U’s Antonio Joseph squandered many opportunities but Delon Henry put the team ahead when he scored in the 15th minute.

That lead was short-lived three minutes later when GillanSoumere equalized for Stable Boys in the 18th minute.

Stable Boys were rewarded four minutes later when Jason Joseph gave them the lead in the 22nd minute. However, Tyson Cox, who in the 38th minute found the equalizer for W. Mangue U leaving the scores locked at 2-all at halftime.