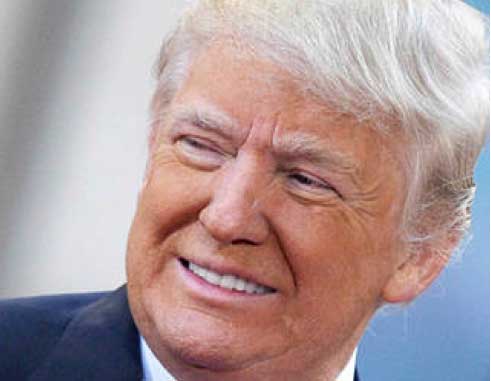 I AM not surprised by President Donald Trump’s antics this week. Not by the big splashy pronouncements such as announcing a wall that he would force Mexico to pay for, even as the Mexican foreign minister held talks with American officials in Washington. Not by the quiet, but no less dangerous bureaucratic orders, such as kicking the chairman of the Joint Chiefs of Staff out of meetings of the Principals’ Committee, the senior foreign-policy decision-making group below the president, while inserting his chief ideologist, Steve Bannon, into them. Many conservative foreign-policy and national-security experts saw the dangers last spring and summer, which is why we signed letters denouncing not Trump’s policies but his temperament; not his programme but his character.

We were right. And friends who urged us to tone it down, to make our peace with him, to stop saying as loudly as we could “this is abnormal,” to accommodate him, to show loyalty to the Republican Party, to think that he and his advisers could be tamed, were wrong. In an epic week beginning with a dark and divisive inaugural speech, extraordinary attacks on a free press, a visit to the CIA that dishonoured a monument to anonymous heroes who paid the ultimate price, and now an attempt to ban selected groups of Muslims (including interpreters who served with our forces in Iraq and those with green cards, though not those from countries with Trump hotels, or from really indispensable states like Saudi Arabia), he has lived down to expectations.

Precisely because the problem is one of temperament and character, it will not get better. It will get worse, as power intoxicates Trump and those around him. It will probably end in calamity—substantial domestic protest and violence, a breakdown of international economic relationships, the collapse of major alliances, or perhaps one or more new wars (even with China) on top of the ones we already have. It will not be surprising in the slightest if his term ends not in four or in eight years, but sooner, with impeachment or removal under the 25th Amendment. The sooner Americans get used to these likelihoods, the better.

The question is, what should Americans do about it? To friends still thinking of serving as political appointees in this administration, beware: When you sell your soul to the Devil, he prefers to collect his purchase on the installment plan. Trump’s disregard for either Secretary of DefenseMattis or Secretary-designate Tillerson in his disastrous policy salvos this week, in favour of his White House advisers, tells you all you need to know about who is really in charge. To be associated with these people is going to be, for all but the strongest characters, an exercise in moral self-destruction.

For the community of conservative thinkers and experts, and more importantly, conservative politicians, this is a testing time. Either you stand up for your principles and for what you know is decent behaviour, or you go down, if not now, then years from now, as a coward or opportunist. Your reputation will never recover, nor should it.

Rifts are opening up among friends that will not be healed. The conservative movement of Ronald Reagan and Jack Kemp, of William F. Buckley and Irving Kristol, was always heterogeneous, but it more or less hung together. No more. New currents of thought, new alliances, new political configurations will emerge. The biggest split will be between those who draw a line and the power-sick—whose longing to have access to power, or influence it, or indeed to wield it themselves—causes them to fatally compromise their values. For many more it will be a split between those obsessed with anxiety, hatred, and resentment, and those who can hear Lincoln’s call to the better angels of our nature, whose America is not replete with carnage, but a city on a hill.

This is one of those clarifying moments in American history, and like most such, it came upon us unawares, although historians in later years will be able to trace the deep and the contingent causes that brought us to this day. There is nothing to fear in this fact; rather, patriots should embrace it. The story of the United States is, as Lincoln put it, a perpetual story of “a rebirth of freedom” and not just its inheritance from the founding generation.

Some Americans can fight abuses of power and disastrous policies directly—in courts, in congressional offices, in the press. But all can dedicate themselves to restoring the qualities upon which this republic, like all republics depends: on reverence for the truth; on a sober patriotism grounded in duty, moderation, respect for law, commitment to tradition, knowledge of our history, and open-mindedness. These are all the opposites of the qualities exhibited by this president and his advisers. Trump, in one spectacular week, has already shown himself one of the worst of our presidents, who has no regard for the truth (indeed a contempt for it), whose patriotism is a belligerent nationalism, whose prior public service lay in avoiding both the draft and taxes, who does not know the Constitution, does not read and therefore does not understand our history, and who, at his moment of greatest success, obsesses about approval ratings, how many people listened to him on the Mall, and enemies.

He will do much more damage before he departs the scene, to become a subject of horrified wonder in our grandchildren’s history books. To repair the damage he will have done Americans must give particular care to how they educate their children, not only in love of country but in fair-mindedness; not only in democratic processes but democratic values. Americans, in their own communities, can find common ground with those whom they have been accustomed to think of as political opponents. They can attempt to renew a political culture damaged by their decayed systems of civic education, and by the cynicism of their popular culture.

There is in this week’s events the foretaste of things to come. We have yet to see what happens when Trump tries to use the Internal Revenue Service or the Federal Bureau of Investigation to destroy his opponents. He thinks he has succeeded in bullying companies, and he has no compunction about bullying individuals, including those with infinitely less power than himself. His advisers are already calling for journalists critical of the administration to be fired: Expect more efforts at personal retribution. He has demonstrated that he intends to govern by executive orders that will replace the laws passed by the people’s representatives.

In the end, however, he will fail. He will fail because however shrewd his tactics are, his strategy is terrible—The New York Times, the CIA, Mexican Americans, and all the others he has attacked are not going away. With every act he makes new enemies for himself and strengthens their commitment; he has his followers, but he gains no new friends. He will fail because he cannot corrupt the courts, and because even the most timid senator sooner or later will say “enough.” He will fail most of all because at the end of the day most Americans, including most of those who voted for him, are decent people who have no desire to live in an American version of Tayyip Erdogan’s Turkey, or Viktor Orban’s Hungary, or Vladimir Putin’s Russia.

There was nothing unanticipated in this first disturbing week of the Trump administration. It will not get better. Americans should therefore steel themselves, and hold their representatives to account. Those in a position to take a stand should do so, and those who are not should lay the groundwork for a better day. There is nothing great about the America that Trump thinks he is going to make; but in the end, it is the greatness of America that will stop him.