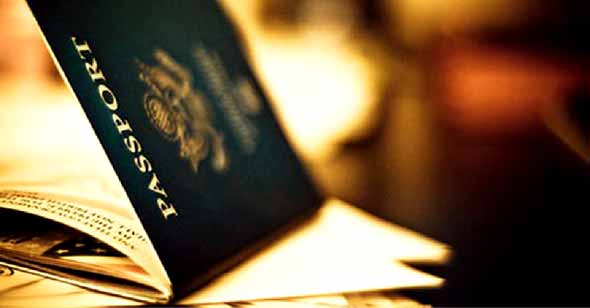 LATE last year, we were told by our Prime Minister that we had no choice but to adopt the CIP because Dominica has been selling their passports, and that Chinese nationals who have acquired citizenship of that country have been able to subsequently move to St. Lucia. This movement of the Chinese, according to our Prime Minister, had resulted in the establishment of numerous Chinese restaurants locally.

Now, at his press conference on January 5 of this year Prime Minister Chastenet has repeated this statement, suggesting that we were already in this CIP as Chinese nationals were free to enter St. Lucia with passports issued by Dominica. Second only to the loss of our national identity this has to be the saddest indictment of this CIP scheme, and the lamest defense offered for St. Lucia’s descent into this sordid activity.

In August of last year we referred to the legal opinion obtained by CARICOM indicating that all citizens must be treated equally and therefore allowed freedom of entry to all states, the acceptance of this opinion by the Prime Minister of Antigua, and its rejection by the Prime Minister of St. Vincent. Now we are recognizing that one of the undesirable consequences of the CIP schemes is that Chinese nationals, having obtained citizenship in one island are entering St. Lucia and establishing businesses which compete directly with our nationals at the most elemental level, that of fast food restaurants.

Surely the answer to an unwelcome movement of CIP “nationals” cannot be that we therefore now start selling our own passports too. And we might want also to remember that while we are only now embarking on this path, there are over 10,000 CIP-citizens of St. Kitts who are also entitled to come to St. Lucia to reside and to work, and to establish their own restaurants if they choose to. To be added to this number are the CIP nationals of other OECS countries where this scheme is in place.

What this last argument by our Prime Minister confirms is that not only are we in a race to the bottom, but while engaged in that race we are also effectively dismantling all of the gains which we have made in furtherance of OECS and Caricom unity. This disintegration of our region is bound to occur, as the only defense to this unwelcome influx of OECS CIP-citizens is the abandonment of the Treaty and laws establishing free movement of our people. These CIP schemes are the crowbar that will finally splinter the OECS, and therefore Caricom, but nobody is concerned as we have long only paid lip service to the advancement of the goals of this region.

We venerate in death one of those heroes of our region who has so sadly recently left us, and the next day return to our negative behaviours completely ignoring the ideal of regionalism which our hero stood for. Regional unity no longer has any significance to those who claim to be our leaders, although every day we are reminded that without it, our countries will all fail. First we discard nationalism, then regionalism, and then we promote the crab-in-a-barrel mentality to which we have long been accustomed as we race inexorably to the bottom.

We have referred in an earlier article to our Prime Minister’s comment in October/November last year that the success of these CIP schemes depended on the cooperation of the countries engaged in this activity, a comment which was repeated in December, and we wondered then how this cooperation could ever possibly be achieved given our long regional history of a lack of cooperation, and particularly in the circumstance of this race for “freeness” money. We no longer have to wonder.

As it turns out, our Prime Minister’s press conference on January 05 came two days after the CIP Unit published its revised Regulations governing the sale of our passports, and while we cannot say that the two are related, the PM addressed the new CIP as well in his press conference. The published revision to the Regulations saw the removal of the limit on the number of passports that could be sold in any one year, the lowering of the price of citizenship, and the removal of the requirement that applicants show a net worth of at least US$3m.

In addressing those revised CIP regulations at that press conference, our Prime Minister professed that he was excited by the CIP, and so we can only assume that he has now staked his claim to responsibility for devising a scheme that makes our passports the cheapest in the world, cheaper even than those of Dominica.

But in March 2016, a report appearing on the website of one of the marketing agents for the Dominican passport indicated that the government of Dominica intended to increase the price of its passports in August of that year. Then at the end of July 2016, a report in Dominica News Online, again quoting a marketing agent for the Dominica passport, indicated that this increase in passport price had been put on hold. Next, on December 01, 2016 the government of Dominica produced new regulations lowering the fees associated with the purchase of their passports.

On January 03, 2017 however, the Government of St. Lucia announced that the cost of St. Lucia’s passport had been reduced from US$200,000 to US$100,000 and that costs for multiple applicants had also been reduced. With those reductions, St. Lucia’s passport is now cheaper than Dominica’s, and it has now become the cheapest in the world. In these circumstances, it would appear that Dominica’s next step will be to lower, not raise the cost of their passports. So much then for that cooperation among countries which Prime Minister Chastenet so recently spoke of as we continue in this race to the bottom.

And now that we have the cheapest passport for sale in the world, we see the Opposition SLP condemning this lowering of price and removal of the US$3m net worth requirement for individual applicants, claiming that it is a desecration of St. Lucia’s passport. Dr.Hilaire, the first and former Chairman of the CIP, went further and claimed that the CIP should be disbanded as a result of changes to the documentation to be submitted by an applicant, and we couldn’t agree with him more. Except that the CIP should be disbanded because it is a morally bankrupt exercise, and the actual desecration took place with the initiation of the CIP scheme by the SLP when they were in office.

That we have devalued ourselves as a people with this CIP business is incontestable, but even now, with St. Lucia and Dominica selling the cheapest passports in the world at US$100,000, the Prime Minister of Dominica is reported in this newspaper on January 07 as indicating that Dominica is marketing itself as a country “with which high net worth individuals can associate with pride.” That is Dominica’s business, but we can see that as with beauty, value also is in the eye of the beholder.

This CIP business is not a productive new industry which has required complex analysis and planning for its development, although listening to those who have been elected to lead us, albeit some now in opposition, one would be tempted to think so. In removing the limit on the number of St. Lucian passports which can be sold in a year, removing the net worth requirement of US$3m, and lowering the cost of our passport, Prime Minister Chastenet has simply exposed the CIP for what it is – the vulgar sale of our passports in an attempt to obtain quick cash without having to work for it.

The CIP has no legitimacy, and as we continue, we will examine more of those disgraceful attempts to justify it and so further shame us. But they will not succeed, because we are a proud people. We will not crumble, especially now that we know that:

“Somebody tiefing the soul of this nation, and we, yes you and me, we have to stop this conspiracy” (Gypsy).

We take a break from CIP next week to look at our Independence.