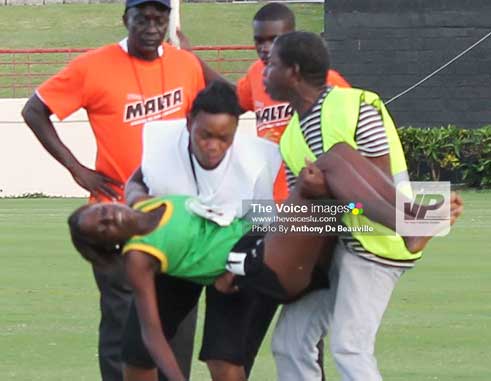 THE third planning meeting for the staging of the 2017 Inter-Schools Track and Field Championship confirmed some critical changes which are expected to significantly improve time management, security, athlete care and the overall quality of the event.

Last Wednesday, the Department of Youth Development and Sports hosted a site visit to the Daren Sammy Cricket Ground where all matters relating to the hosting of the championship were discussed with key partners, including the police, Saint Lucia Red Cross, Ministry of Health, NEMO, the Physical Education Teachers Association, Sports Saint Lucia Inc. and others.

It was agreed that the start time for the two days of competition would be 10:00 a.m. and that teams not present at that time would be left out.

An increased police presence, coupled with better trained and briefed private security, is expected to boost security while a second medical unit stationed closer to the athlete camp will enhance athlete care. Special emphasis was placed on the state of the facility which continues to undergo rehabilitation works aimed at improving the washroom and vending areas.

The track has already been marked and the surface has received some attention in preparation for both the school games and the upcoming Caribbean Premiere League (CPL).

The committee will continue to meet every Wednesday leading up to the games and tomorrow’s meeting will take the group to the La Ressource area which is the venue for the southern qualifying leg of this year’s Inter-Schools Championship.