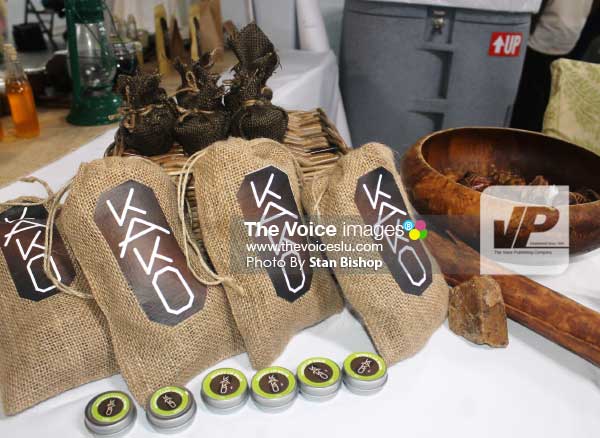 THEY say beauty is skin deep. But one woman is determined to use her business to protect the very skin that characterizes us in a safe, healthy way. With her collection of homemade beauty products, Yvonne Layfield, owner and director of KaKo, hopes to make people love the skin they’re in even more.

KaKo is a line of all-natural skincare products manufactured in Saint Lucia. Layfield uses ingredients such as nutmegs, cinnamon, grapefruit and just about and other raw materials to create her scrubs, body oils, body moisturizers, cleansers, toners, exfoliators, to name a few. She also launched the mom-to-be package and the men’s line.

Layfield has 16 years of experience in the beauty care sector having worked on cruise ships and yachts. She has also managed spas across the globe. She had a two-year stint at Ti Kaye Spa in Anse la Raye. After leaving Ti Kaye Spa, she decided to become an entrepreneur.

“The whole idea about KaKo is to help people reduce the amount of chemicals they are putting into their system by using unnatural stuff,” Layfield said. “Clearly, the products do not have a shelf life so they expire within three to six months. However, they’re packaged in such small portions that one would have used them all up within that time-frame.”

The business is based in Reduit Park where Layfield has a facial room in which customers have the opportunity to experience the products first-hand by trying out samples and have pertinent questions answered. 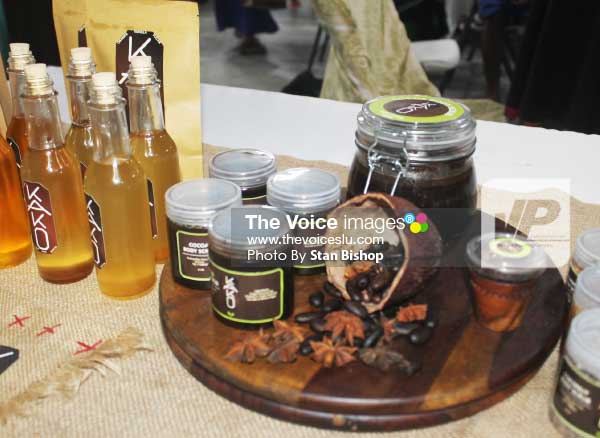 Layfield’s company reached its first year milestone this month. The single mother said that while the occasion is one that brings her joy, the fast pace business environment she was used to on the cruise ships is absent in Saint Lucia. Another consolation, she said, is that she has the background and knowledge required to run the business on her own.

The businesswoman said several attempts made at getting hotels and spas here to carry her products have either resulted in negligible success or her profit margin being too low. Those realities have forced her to target her customers via Facebook, Instagram and WhatsApp.

When The VOICE caught up with her at last month’s Saint Lucia-Taiwan Partnership Trade Exhibition, she had participated in another trade show in Martinique two weeks prior. Business was great there, she said, with customers buying all her products within the first 45 minutes. 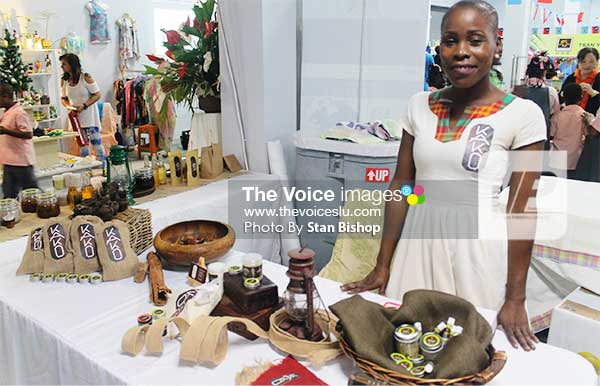 “Everybody seems to be impressed by the look and feel of my products. So my main goal now is to push the business as far as I can to ensure that I continue to help people live better lifestyles,” Layfield explained.

Layfield, who is partly British, said her plan was to start the business in Saint Lucia where the raw materials are and later take the business international, including the United Kingdom. For now, though, she’s trying to build her beauty care empire one satisfied customer at a time, buoyed by the principle that continues to inspire her: being independent. She urges other entrepreneurs to never stop persevering. 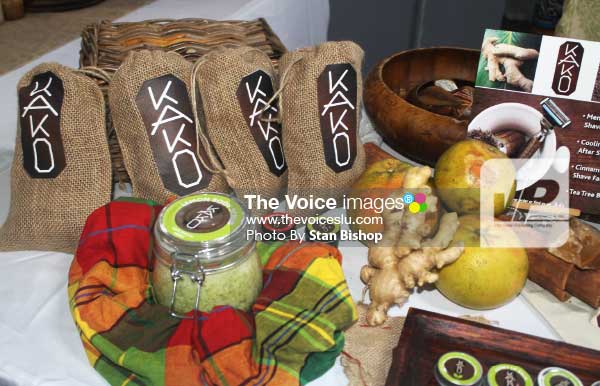 “It’s risky getting into business. However, one needs to have a strong mindset and know what you’re about,” Layfield said. For me, forming my business has been a great adventure. What motivates me is that I’m doing things that I have done before with the bonus of me being able to pay myself.”