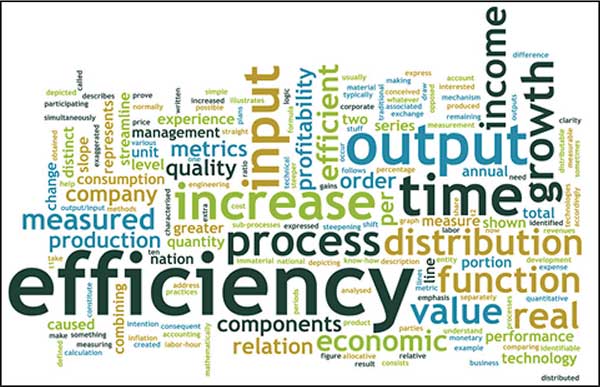 THE Oxford dictionary defines patriotism as a ‘vigorous support of one’s country’. The word is also defined as ‘A devotion or cultural attachment to one’s homeland’. Patriotism simply put, signifies ‘a love for country.’ It is a desire to see one’s country grow and develop whereby citizens can enjoy a higher standard of living. Therefore, patriotism demands good citizenship. It requires that individuals contribute to the well-being of their community and country as a whole.

When citizens care about the good of society, they are encouraged to perform at their best thereby contributing to the welfare of their organisation, community and country at large. Thus, being a patriotic individual calls for greater commitment and dedication which can have a positive impact on the productivity of the organisation that one is employed with.

Each person within a society has the ability and potential to contribute to the process of building a productive nation. Likewise, every employee in an organisation (public or private sector) can contribute to the success and thus the increased productivity of that organisation. A lack of acknowledgement for the well-being of the wider society or having no reverence to one’s country can negatively impact society both directly and indirectly. For example, persons who collectively litter contribute to the pollution of the natural environment. This in turn can cause an infestation of rodents which can lead to an outbreak of diseases in the community. The spread of diseases can result in a high rate of absenteeism in the workplace. This can result in unfinished tasks, lost business, unsatisfied customers and delays in workflow processes because of the time spent out of work due to illnesses. On the other hand, a patriotic citizen who cares about the country’s wellbeing, understands the repercussions of his actions and how it affects the nation’s productivity and prosperity. Thus a true Saint Lucian patriot is one who is productive. Patriotic citizens do not see work as just another job but understand that performing their duties to their best capabilities can positively impact the wider society.

Persons should be encouraged to contribute to society and be a productive citizen. This can be done by helping to improve the community as well as the wider country. A simple way to do this is by being a committed worker. Regardless of vocation, working hard is an important part of being a productive citizen. When employees work hard, they provide important services to the public whilst earning a living. Additionally, a hardworking and dedicated staff highly contributes to the increased productivity and thus success of the organisation. A country of successful organisations will add to the greater development of the economy which in the long run will contribute to increased economic growth. Hence a collective impact is made towards the prosperity of the country.

A good citizen remains up to date on current news events. It is important to be aware of the news and stay fully informed of the issues that affect the country. Also, sharing good fortune is another positive step to being a productive citizen. The contribution need not be in monetary terms. Sharing knowledge and the giving of time for example, are just as important. There are many associations and community groups in operation throughout the country who are in need of volunteers. Additionally, persons can make a positive influence on the lives of others through mentoring. For instance, adults can give up of their time to mentor the youth and pass on important experiences that could contribute to the development and further empowerment of young persons.

There are several other ways that individuals can be both patriotic and productive. They include promoting the growth of our local businesses by buying local, conserving water and energy, supporting and working with our fellow Saint Lucians, promoting our country as a tourist destination when we travel etc. Patriotism is truly an integral part of being a productive citizen. It involves having love and displaying loyalty to the country, respecting and obeying the nation’s laws and honouring the country’s national symbols.

Responsibilities of being a good citizen have to be accepted, like staying informed of national issues, volunteering, voting and serving the country to the best of one’s abilities. The outcome of which would be the growth of a productively active nation. A true patriot would not want anything less. Are you patriotic and do you contribute to national development through your actions?