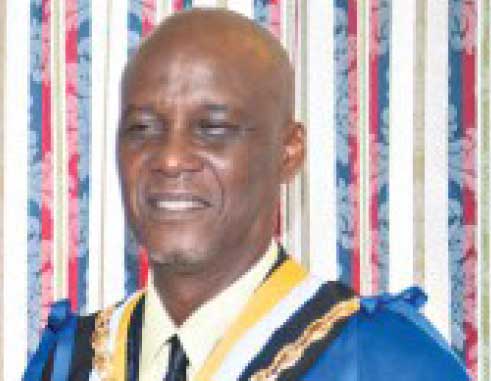 THE recent appointment of 23 city police officers by the Office of the Castries Constituency Council (CCC) in an effort to stem criminality in the city is a commendable move that was way past due.

Over the years, the lament has been that not enough security personnel were deployed in the city to ensure the safety of citizens and tourists, especially during rush hour and peak business days. That anomaly has resulted in many calling on the Royal Saint Lucia Police Force to step up its efforts at fighting crime by filling that need.

With limited human and other resources plaguing the police force for years now, even their best efforts at having enough police officers deployed in the city came at the expense of compromising the Force’s optimal complement elsewhere. The situation reached the point where former Castries Central MP, Richard Frederick, promised that a special police complement was needed to police the city — all to no avail, until now.

The initial batch of city police officers consists of 14 men and 9 women, some of whom are former members of the police force, who will undergo a three-month training and appraisal programme and attend the police training academy. They add to the 13 constabulary officers already in the system and another batch is expected to be sworn in by March next year to bring the full complement to 50.

Mayor of Castries, Peterson Francis, must be applauded for delivering on a promise made to change things for the better in the city by providing increased security measures in this case. With criminality seemingly spiraling out of control, citizens and visitors are increasingly becoming concerned about their safety, with some avoiding doing business in and visiting Castries altogether.

Since being deployed earlier this month, the new contingent of city police officers have been involved in and seen firsthand some of the challenges they are up against. Some have already responded to robberies and homicides, a clear indication that their tasks will not be easy.

The deployment of the city police officers proves that pragmatism trumps lip service. For years now, the citizenry was promised that better would be done but were left to witness the crime situation in the city worsen, including visitors blogging online that Castries was a dangerous place to visit. While the city police officers’ deployment is still under its review period, one can hazard to presume that their presence is more of a welcome gesture than what obtained in the past.

This latest development is by no means the panacea for stemming crime, however, as there still remains the need for the CCC to ensure that more functioning CCTV cameras are placed across the city to deter and/or bear witness to crimes taking place. After all, the city police officers cannot be everywhere at all times.

With Castries fast becoming a centre for increased infrastructural development, the need for increased security is a foregone conclusion since business is expected to grow. As such, any endeavour to make the city feel safer should be embraced. After all, it is better to commend the remedying of a problem as opposed to singing the same lament of nothing being done to change it.