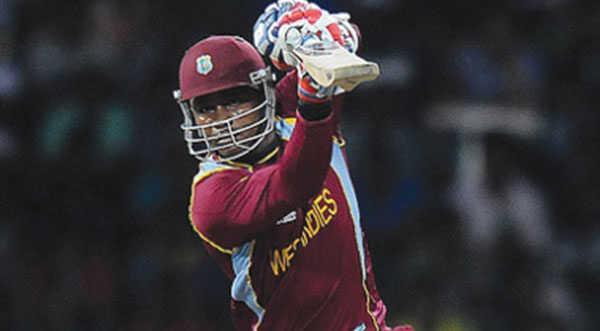 SHARJAH, United Arab Emirates, Sep 30, CMC – Beleaguered West Indies extended their miserable run when they slumped to a fourth straight defeat to Pakistan, losing the opening One-Day International by 111 runs under the Duckworth/Lewis method here Friday. Chasing a revised target of 287 off 49 overs at the Sharjah Cricket Stadium, the Caribbean side once again produced an insipid batting effort and were bundled out for a disappointing 175 off 38.4 overs.

Only Marlon Samuels of the frontline batsmen showed any enterprise with a top score of 46 while tail-ender Sunil Narine struck a cameo 16-ball 23 and opener Johnson Charles, 20.

They were the only three to pass 20 as left-arm spinner Mohammad Nawaz ripped apart the innings by grabbing four for 42 while seamer Hasan Ali claimed three for 14 to offer great support.

Man-of-the-Match Babar Azam had earlier slammed his maiden ODI hundred to help the hosts motor to 284 for nine, in a game reduced to 49 overs following a floodlights failure in the dying stages of the innings.

Wicketkeeper Sarfraz Ahmed chipped in with 35 while Imad Wasim got a run-a-ball 24 down the order.
Medium pacer Carlos Brathwaite picked up three for 54 but his wickets came late in the innings with Pakistan already racing towards a challenging total. 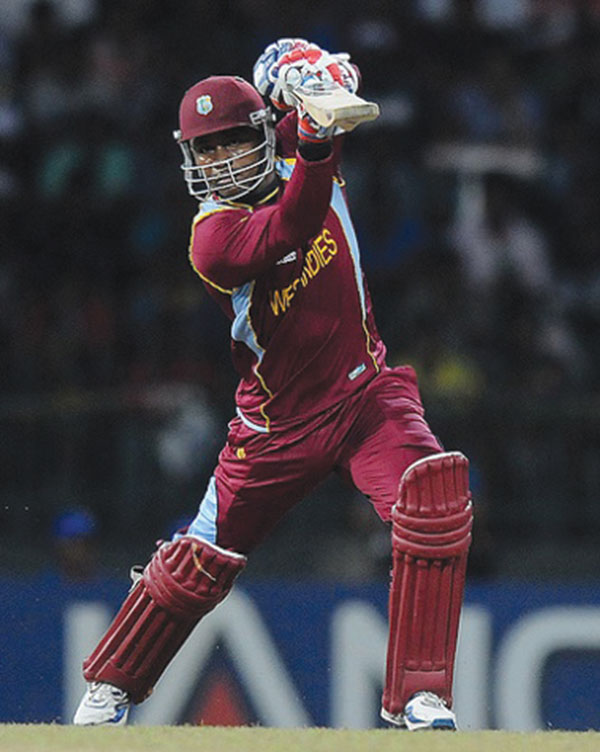 The defeat follows an embarrassing whitewash in the preceding three-match Twenty20 International series which saw the Windies lose each game heavily.

Their hopes of re-discovering the winning touch would have been boosted when captain Azhar Ali nibbled at the first delivery of the game from fast bowler Shannon Gabriel, and was caught at the wicket by Denesh Ramdin without a run on the board.

However, Babar then anchored two stands to wrench the advantage away from West Indies and put Pakistan on top.

Firstly, he put on 82 for the second wicket with the attacking Sharjeel before adding a further 99 for the fourth wicket with Sarfraz, who faced 45 balls and counted a single four.

Stumbling at 93 for three in the 18th over, Pakistan recovered through Babar, who until then had played the anchor role. He reached his half-century off 74 balls at the end of the 25th over and then required only 45 more deliveries to raise three figures.

Charles and debutant Kraigg Brathwaite gave West Indies a promising start when they posted 27 but they perished in quick succession thereafter, leaving a rebuilding effort to be undertaken.

As usual, Charles was positive, striking a four and a six in his 21-ball knock before pushing uncertainly at seamer Mohammad Amir and edging behind in the eighth over.

Brathwaite, who played and missed at Amir several times, eventually nicked Hasan Ali behind in the 13th over to end a 38-ball labour over 14 and when left-hander Darren Bravo was bowled by Nawaz for 12 in the 17th, West Indies were tottering at 54 for three.

Samuels then staged a brief recovering by putting on 35 for the fourth wicket with Ramdin who made eight.

The right-handed Jamaican made a quiet start before opening up to lift Shoaib for a pair of sixes over long on in the 22nd over while Ramdin stroked left-arm spinner Imad to the cover boundary.

Two balls later in the next over, Ramdin loosely drove Nawaz to Azhar at cover to depart in the 24th over and his dismissal triggered a slump as five wickets tumbled for 46 run in quick time.

Pollard holed out to deep point off Nawaz, Holder missed a drive and was bowled by Imad while Carlos Brathwaite (15) failed to negotiate one from Nawaz that spun sharply and hit off-stump.

Samuels was eyeing his 28th ODI half-century when he gave himself room to hit through the off-side and was bowled by left-arm seamer Wahab Riaz.

Tottering on 135 for eight in the 34th over, Narine and Benn entertained in a 31-run, ninth wicket stand off just 19 balls before Hasan Ali returned to polish off the innings