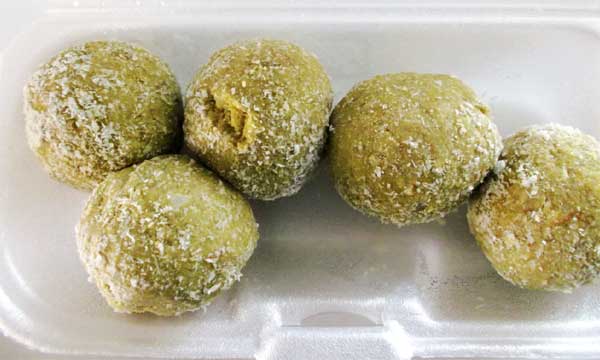 OVER thirty years ago, a retired nurse made the interesting comment that in the past there were hardly cases of malnutrition among children. She posited that malnutrition is a product of modern day eating style. As we celebrate Creole Heritage Month, let us revisit that comment and explore the nutritional value of our Creole food or the food that our parents, fore-parents and some of us consumed long ago or an tan lontan, and which many of us still consume today.

1. Bouyon (most popular on our list)
Our local Bouyon basically consists of a mixture of foods from the various food groups cooked together with or without meat or fish; what we popularly call salézon. There is a variety of bouyons. The base is generally either peas or beans, pumpkin or a choice of leafy vegetables. Its appeal lies in its generous liquid content and the addition of dumplings made with either wheat or cornmeal flour, which gives it a special attraction among children and young people. The addition of fresh coconut milk enhances the flavour and produces a richer texture. Peas and beans are important sources of plant protein and other nutrients such as iron and zinc. The nutritive value of Bouyon is indisputable. In fact, some time ago, popular resident British pediatrician, Dr Cooper used to recommend that we serve Bouyon to our babies and young children instead of the imported bottled food.

2. Green fig (bananas) and salt fish -Fig vètépilanmowi
The common belief that green fig is rich in iron has been challenged. However, we are told that the quality of the starch contained in green bananas is preferable to that contained in ripe bananas since the sugar content in ripe bananas is higher. Further, the starch contained in green bananas may help control blood sugar. It can also serve to manage weight and lower blood cholesterol levels. It is also reported that babies with diarrhoea who were served green bananas and rice were able to recover much sooner as they were able to absorb more nutrients and gain strength. The salt fish retains its protein and other nutritive content, including minerals, after the excess salt is removed.

3. Farine -Fawinkasav
As with fish, ‘farine’ was once a staple product consumed among the poor and was not considered to be of much value. The days when vendors prepared bags of farine and offered their wares in various measures such as ‘an po’, ‘andimipo’, ‘an chopin’ are long gone but consumers are steadily becoming aware of the value of farine. In addition, the modern day packaging complete with a list of ingredients and their nutritive value as well as directions for use has enhanced the perception of farine as a valuable food.

Farine can be prepared in a variety of ways, all of which are of tremendous nutritional value. The traditional Creole dish that readily comes to mind is fawinèkzabòka or farine and avocado. Farine, which is a grainy cereal derived from the processing of Cassava is rich in fibre, carbohydrates, vitamins and minerals. Avocado, which has been described as ‘incredibly nutritious’ contains fibre, as well as a range of vitamins and minerals. In addition, consuming avocado can also lower cholesterol and triglyceride levels. Hence, the combination of Farine and avocado produces a rich, healthy dish. Farine with red beans or peas and meat or fish is another well-known creole dish packed with nutrition.

(Look out for Part 2 in our next Kweyol page)