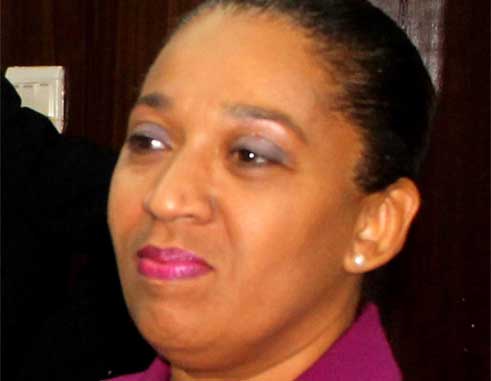 PRIME Minister Chastanet can be credited with a twin achievement this week. He finally got a new Attorney General appointed, ending something of a stalemate with the former holder. Then he announced that the former holder Ms. Kim St Rose had agreed to be head of a new department that would pursue the implementation of the recommendations of the Constitutional Reform Commission (CRC).

We have not previously commented on the situation that the Chastanet government was confronted with following the June elections, when it ended up with an Attorney General appointed by the last Labour Government. This became the subject of considerable debate in the country, and it is to be regretted that such a situation arose in the first place.

Interestingly, we never heard a coherent, logical statement from the former governing, now opposition party, attempting to explain just how it is that we came to a situation where we had a government with an Attorney General which it felt, to put it bluntly, it could not trust. Left undisturbed, Ms. St Rose’s appointment, we are told, could have run up to sometime in 2018, which would have translated into a considerable part of the new government’s term. But silently, the maturity that would have been expected in dealing with such matters began to emerge resulting in the new appointments referred to above.

All of this, though, would have made us take another look at the quality of our political culture and the things we do when we hold the reins of power. Giving someone a contract virtually on the eve of a general election may to some, seem like the action of a confident party that it would have been returned. On the other hand, it can also be interpreted as an act of arrogance, at most, or recklessness, at least.

The news is that there were several such contracts extended in the run up to the elections. However, to date, there has not been any attempt by the government or any of its ministers to quantify these appointments or deal with their implications on the proper functioning of the government. Neither has the opposition attempted to diffuse the flack it has taken from the government on that score.

The new Leader of the Opposition, Mr. Pierre addressing a recent conference of his party, made the bold assertion that `the SLP had provided the country with good government. Unfortunately, he failed to tell us why– if that was the case– he is in opposition today, and why so many of Labour followers had turned their backs on Labour, even after the elections. Is it that SLP supporters do not know good government?

This week’s developments have also given Mr. Chastanet an opening to begin some serious work on constitutional reform, and this is most welcomed, because more and more we are seeing first-hand the reasons why we need to change the way we do things in this country. We need to take away some of the powers of government that allow it to get away with all kinds of misdeeds. Both major parties are guilty in this respect. It was this seemingly unbridled power that St Lucians railed against so loudly during the long months of the Constitution Commission’s engagement with the masses.

Politicians must stop the practice of using the resources of the State to buy support or patronage or to put the cronies in positions of power and influence, where their main allegiance seems to be to those who appointed them. Not many call it corruption, but that’s what it is.

Our hope is that this government will stay the course on constitutional reform during its term. The good thing is that not only have both major parties endorsed the CRC report in the chambers of parliament, they have actually found common ground on some of its recommendations as well. Perhaps, we are on the way to forging a new governance structure in our country to counter the history of the last four decades.