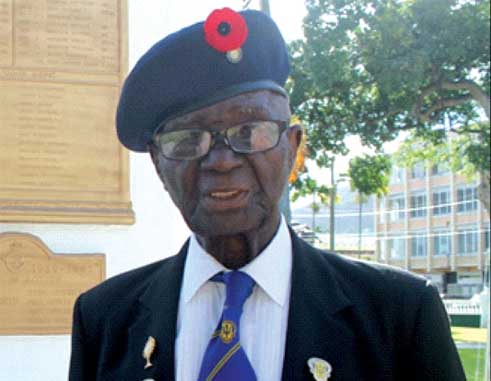 Sponsored
Share this post:
Thursday will be observed as International Credit Union Day and the Board of Directors, Management and Staff of the Elks City of Castries Cooperative Credit Union Ltd takes this opportunity to honour Mr. Haynes Cyril, a founding and current member, also past President of the Credit Union.

Cyril recalls his invitation to a conference at the Grande Lodge after he had assumed leadership of the Elks Credit Union where he spoke highly of the new establishment since the fraternity had been closed down. Though he was asked to get the members of the Credit union to re-open the fraternity his attempt failed as the majority were not interested.

Today the Elks City of Castries Cooperative Credit Union Ltd, registered on March 16, 1967 has opened its doors to anyone either working or living in the city of Castries and its environs and though born out of a Fraternity, is no longer associated to a fraternity. The Credit Union currently has in excess of 5000 members built on the foundation set by the founding members in the likes of Haynes Cyril.

An avid and committed Credit Union member, Cyril was born on November 12, 1921 and is also the oldest living member of the Elks Credit Union. He still visits the Credit Union frequently gracefully climbing the stairs like a robust 20 year old. He would also take time to sit and reminisce about the days of “Elks” with lots of memories that could have you listening on forever, whilst marvelling at the modern entity that has evolved since he stepped aside as President.

A gentleman and member with amazing memory; the Board of Directors, Management and Staff of the Elks Credit Union salute Haynes Cyril.