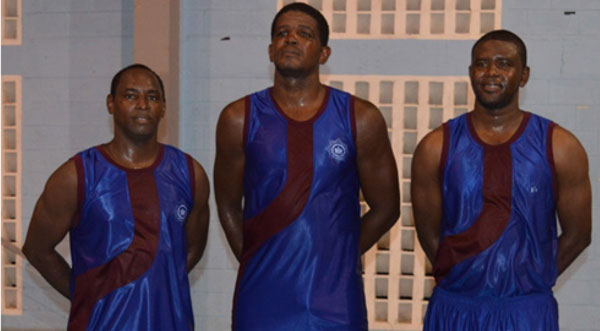 THE Beausejour Indoor Facility will come alive tomorrow evening with the two remaining quarterfinal matchups in the Commercial Basketball League.

The Royal Saint Lucia Police Force/Combined Forces will play Media Ballers from 6:00 p.m. in what is expected to be a thriller on centre court while Saint Lucia Teachers Union and Goddard Group/Peter and Company Distributors square off at 8:00 p.m.

The winners of these two matchups will face off in the semifinals scheduled for Saturday at 8:00 p.m. while BOSL/ECFH and the Saint Lucia Fire Service will have their semifinal battle at 6:00 p.m. also on Saturday.

In final group stage matchups and first quarterfinal games played on Friday last, Group B’s Sandals High Risers and Le Sport faced off with Sandals coming out with the 69-47 victory.

For Le Sport, Joel Polius put up 27 points and 13 rebounds.

However, neither team has qualified for the quarterfinal round.

In the final group matchup of the tournament, the Saint Lucia Teachers Union took on the Royal Saint Lucia Police Force/Combined Forces in a game postponed from last week Wednesday due to the passage of Tropical Storm Matthew.

Both teams vied for the top seed in Group D, resulting in a keenly contested and very physical matchup riddled with injuries.

The Teachers held on to a lead throughout the first three quarters, ending the third with a 54-49 advantage. But a late 4th quarter surge sparked by Calious Dantes gave the Police a 74-68 victory at the end of regulation.

Dantes (17 points, 10 rebounds) hit a go ahead basket moments after receiving treatment for a head injury sustained in the 3rd quarter. Durocher Antoine, also instrumental in that 4th quarter run, chipped in with 10 points, 8 rebounds and 7 steals.

For Teachers, Kevin Antoine raked in 30 points, 4 rebounds and 3 steals.

KFC Player of the Game veteran Desmond Vidal continued to put on a clinic in the CBL, leading four Fire Service players in double figures, with 34 points, 13 rebounds, 3 steals and 1 block. Owen Cazaubon chipped in with 18 points and 8 rebounds and Marcian Calderon 17 points and 11 rebounds.

For the IRD Husslers, Ron Dumurville had a game high 36 points, 6 rebounds, 4 steals and 5 assists and Keegan Preville 20 points and 9 rebounds.

ECFH/BOSL clinched the second semifinal spot with a 74-69 victory over Digicel.

KFC Player of the Game Kurt Hyacinth raked in 24 points and 9 rebounds and point guard Jean Michel Eloise also put up a commendable effort for BOSL/ECFH with 14 points, 7 rebounds and 7 steals. For Digicel, Johnson Mondesir logged 15 points and 19 rebounds.