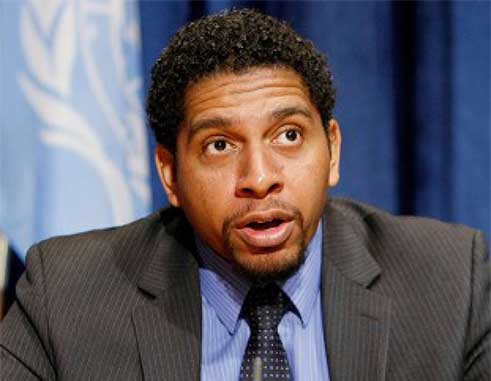 KINGSTOWN, St. Vincent, Oct 10, CMC – Information and Communications Minister CamlloGonsalves is appealing to witnesses to come forward and help police solve the murder of a 10-month-old baby, who along with her parents were shot over the weekend.

Gonsalves, who is the parliamentary representative for East St. George, said he does not believe that no one saw the incident on Friday night.

“A child is dead. Please, I know that nobody wants to be an informer, but I’m begging for someone to just say what they saw. People who shoot mothers and kill their children cannot be protected by any code of silence. Give us something to work with. Please,” Gonsalves said.

Police said that the gunmen shot the baby and his parents, Mozart “Pargy” Lee and the unidentified mother while they were at their home in Glen.

Lee, a technican who instals sound systems in vehicles, was shot in the chest and listed as being in critical condition, while the mother was shot in the arm and is expected to make a full recovery.

Gonsalves, who is in the United States on official business, wrote on his Facebook page that he had been “briefed on the absolutely tragic circumstances surrounding the murder of an infant today. My heart grieves,”

“Also, knowing the area and the time of the shooting, I refuse to believe that nobody saw anything. Not at that time, and not in that location,” he added.