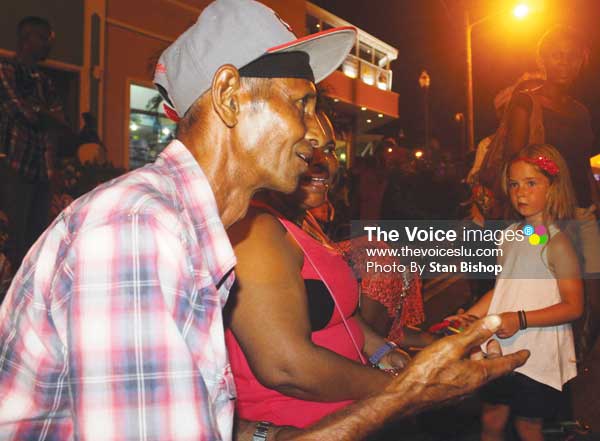 SIX cultural groups from around the island will assemble in Belle Vue, Vieux Fort today to partake in the grand fete to mark this year’s La Rose flower festival.

The day’s activities will begin with a church service at St. Isidore’s Catholic Church in Belle Vue (opposite the Belle Vue Community Centre) from 10:00 a.m. Father Cetoute will conduct the mass and will be assisted by Father Milton.

During that service, prayers and songs will dominate as the La Rose faithful pray for various causes, including the sick, the youth and the nation.

Following the church service, the groups will partake in the parade to the nearby Belle Vue Combined School where they will make their individual presentations.

Also known as the Feast of Saint Rose de Lima, the La Rose festival has been a Saint Lucian pastime for over two centuries and – like the rival La Marguerite flower festival – said to have been part of the social fabric of the French Antilles since the early slavery period.

Despite both flower societies having unity and community-building as hallmarks, it was their boisterous rivalry that the Catholic Church eventually used as a reason to excommunicate both groups. Ironically, many churches and mothers’ and fathers’ groups around the island remain testimony to the self-help initiatives undertaken by both societies.

The festival is also an occasion when the hierarchical structure of the society get to don their traditional regalia and act out various roles crucial to keeping society functional, including policemen/women, judges, governor-general, doctors, nurses, to name a few.

Today’s grand fete was preceded by last Saturday’s grand séance held at the Rodney Bay Strip where various groups sang, danced and raised funds for various purposes. Patrons, too, got the opportunity to join in the festivities, including paying “fines” for “stealing” sweets from the séance table.

Here are some scenes from last Saturday’s La Rose séance at Rodney Bay.