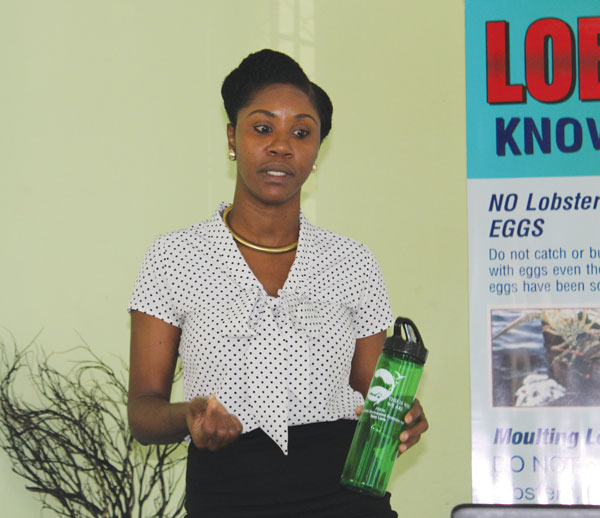 Why have an open season for turtles when many of these reptiles are being slaughtered during the closed season and when some species, like the hawksbill, is on the world’s critically endangered list?

“That’s a very interesting question that the department is looking into,” Fisheries Officer Yvonne Edwin said, adding that the open season could most likely end up being closed because a moratorium is being considered but this has to go to Cabinet.

“What you are seeing is that a lot of slaughtering is happening in the closed season,” Edwin said.

She said that for years the Fisheries Department had warned fishers and poachers of the illegality of killing a turtle during its hatching season and of the need to desist from that type of action during the closed season.

Turtles have their own protection laws in St. Lucia even though they are migratory. The hawksbill turtles are said to be on the worldwide critically endangered list, meaning that they are close to becoming a vanishing species. In St. Lucia there has been a shift in the areas turtles are seen and a number of factors are attributed to that including a decline in their numbers because of the irresponsible slaughtering.

And what about the lionfish? Remember it? This super predator of the seas found itself in Saint Lucian waters threatening our coral reefs and the fishes that make the reefs their home.

Remember the Ministry of Fisheries warning of the dangers posed by this fish and its ability to cause an unbalance in the ecosystem of our waters?

In fact the Ministry had gone a few steps further to advise those who wanted to eat the fish as how it should be first caught because of its poisonous spines and for consumers to contact the Ministry for safe cleaning and preparation techniques prior to eating.

Well, it seems that the warnings and precautions gives by the Fisheries Department have paid off because the fish is no longer a problem to the department to the extent that a warning or security measure has not been issued by the department for a very long time.

“We have mitigated it to an extent. Now people are eating it more so there is a balance ….there is not so much of it as we saw in 2011,” Edwin said.

Edwin spearheaded a mid-morning workshop Last week Thursday for media practitioners on ways in which the media and the department can work together to bring to public attention the numerous stories involving marine life, and the need to safeguard the environment that they inhabit and depend on.