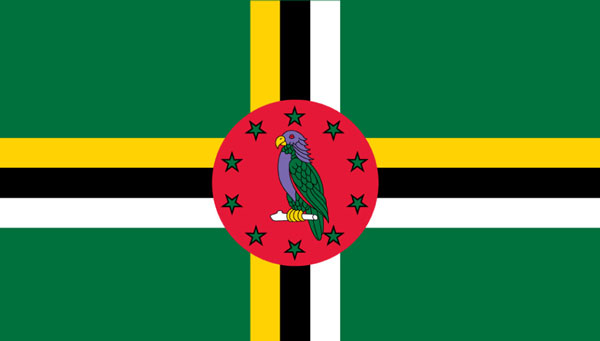 BLOW wind …blow and let the elegance of the nations’ emblems be seen as they are raised.

Worldwide these sovereign emblems, known as flags, define a people. They say who we are and what we hold dear. Often symbolizing an escape from colonization, flags help to encourage and solidify patriotism. They are often flown at public functions, government buildings and other areas of national significance.

Throughout the Caribbean, these emblems filled with meaning show an array of colour and artistic appeal. Dominica’s national flag was officially adopted on November 3, 1978. This flag showcases the endemic Sisserou Parrot and ten centred stars symbolizing ten parishes. The white in the flag speaks to the purity of water, the black – fertile soil and the yellow, the original inhabitants.

As an overseas department of France, Martinique proudly flies the flag of France – the Tricolour. Consisting of three vertical bands of equal width, the flag displays the country’s national colours – red, white and blue. These colours symbolize to many the ideas of the French Revolution of 1789 – Liberty, Equality and Fraternity. White is also known as the Royal House of Bourbon while blue and red are time – honoured colours of Paris.

The French tri-colour, blue, white, red is the official flag of Guadeloupe; being an overseas territory of France. Additionally, the traditional flag of Guadeloupe is derived from heraldry. The flag is used locally in Guadeloupe; it consists of an upper blue horizontal band and features three golden lilies (fleurs-de-lis). The lower band features green sugar cane leaves and gold radiant sun: the tropical climate and sugarcane, the main crop of the nation.

Guadeloupeans also demonstrate an unofficial flag which is modified by various groups. The unofficial flag is white and consists of a logo that features an exotic sun. The logo depicts a bird on a blue and green square; ‘Region Guadeloupe’ or other representation is inscribed below the logo and underlined in yellow.

How proud are you of your national flag? Tell us on Facebook: Island Neighbours.

Happenings
Every summer, libraries are looked upon to provide assistance to parents in their quest to keep the younger ones entertained away from school.

To do this, summer programmes are often organized by libraries across the Island Neighbours. This year, the Portsmouth Public Library in Dominica will be hosting its summer programme under the theme “Ports of Entry”. This event will take place from July 11 – 22.
Are there summer workshops taking place in your “neck of the woods?” Check them out!

Neighbourly GetAways
Relive the old colonial days with a visit to the Museum of Pre-colombian Archaeology and Prehistory of Martinique. This restored colonial house has an exhibit of more than 1000 archaeological finds which speak to the island’s Amerindian history. Elsewhere, visit L’Escalier Tete Chien in Dominica – a “natural staircase” which rises from the Atlantic Ocean. Believed to be the path left by an enormous boaconstrictor, this staircase is located in the Carib territory. Over in Marie Galante, ‘Potters Workshop au Gres Des Iles’ offers pottery courses for children and adults in Section Bielle, Grand Boug. Visit Monday to Sunday from 9:00 a.m. -1:00 p.m. Guess what? …free entry.
History
Historical note! France started using the Francs currency in 1360, stopped on 17 February 2002, thus the introduction of the euro currency. Guadeloupe is internationally known for hosting the Karujet Race – Jet Ski World Championship since 1998. In 1838, Dominica was the first British Caribbean colony to have a black – controlled legislature in the 19th century. Between 1787 – 1788, Martinique became a trans-shipping point for arms being sent to the colonial revolutionaries in North America for use against the British. Get to know your neighbours!