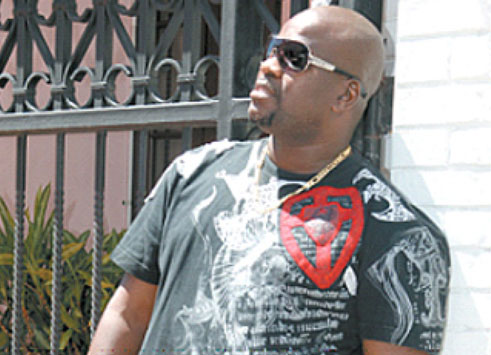 TOBAGO-BORN Oscar Benjamin, aka Oscar B, of Byron Lee and the Dragonaires fame is in St. Lucia this week as part of a Trinidad & Tobago Promotional Blitz dubbed – Come Enjoy T&T.

Oscar B is down to perform at a Trinidad Tourism Showcase to be held at the Blue Coral Mall in downtown Castries, today from 11:00 a.m. Known for hits such as “Soca Tattie,” “Brassline” and “Soca Butterfly,” Oscar B will delight the crowd with his unique blend of Reggae, Soca and Ska.

Oscar B, who hails from the beautiful island of Tobago, was introduced to music in his early years. As a youngster, he had always been involved in school choirs, talent shows and music festivals. Displaying a natural talent and love of the stage and wooing audiences with his energetic, melodic and masterful performances, Oscar B caught the eye of big bands such as Star Flash, Black Sheep, and Blue Ventures.

His popularity soared to new heights in 1991 when he became the frontman for Bryon Lee & the Dragonaires. Oscar B spent 18 years working with the Bryon Lee to forge a new Caribbean blend of music. His numerous recordings infuse a unique blend of reggae, Soca and Ska, which have continued to delight audiences around the world. Oscar B has managed to take Soca music to new heights. He was among the first artistes to blend dancehall and Soca, introducing this fresh new element to the Soca music genre.

Known as the one with the ‘Sweet Voice’, Oscar B is now the front man (Lead Vocalist) for one of Trinidad and Tobago’s top crossover bands – the T&TEC GAYATONES.

Oscar B’s ultimate hope is that someday, Soca music can be heard in every country around the world, all year round. Oscar B strongly believes that in order to preserve Soca music as an art form, it must begin with the children, and he works tirelessly with schools and other organizations to ensure that Soca music remains fresh, continues to evolve, and is sustained.

Oscar B is known in the business as the consummate professional, and has earned the respect of many in the industry, both locally and internationally.

Fans can catch him live at Blue Coral Mall today as part of the T&T Tourism Showcase.