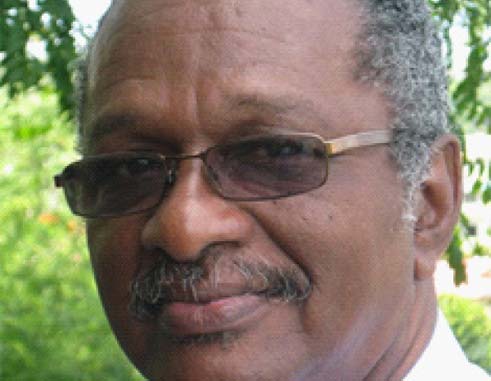 A Review By Nahdjla Bailey 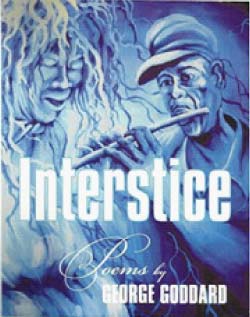 IN the recent anthology ‘’Interstice’’ (incidentally, the accent is on the second syllable, thank-you, and the ‘’i’’ in the final syllable is short) by newly published poet, George Goddard, what we are treated to is, by definition, an intervalled series of moments and memories in the life and times of the poet, each selected experience being the subject matter of a poem.

I must say that in responding to the poet’s request to review his book, and before settling down to it, I experienced a certain measure of scepticism as to my personally finding any appreciable level of harmony therein. (It’s a small place, isn’t it?). However, my admittedly prejudiced view would prove to be without merit, and so, with the following brief comments, I hasten to commend the work.

It is conventional wisdom that poetry and memory are markedly and profoundly intertwined and that much of poetry concerns remembered instances of relationships, childhood, family, love, friendship, interests and the like – all past experiences which become memory, even as these memories become poems – stimulating poems – which in turn sharpen and enhance the poet’s memory of those very experiences. Effective poems do all of that, not only for the poet but also for the reader, as they jog our own memories, evoke real questions and shape our thinking and response to them, sometimes in quite useful ways. Did you get that? If you did, then do go out and get yourself a copy of ‘’Interstice’’. It’ll be worth it.

For, poet George Goddard presents on all of the above and more. People and places, sensual love, hopelessness, sex, death and destruction, special locations, human rights, and a one-time passion for revolutionary ideas and activism have all become poems for this Union boss. There is, as well, some evidence of enlightenment, realism, conversion, and even perhaps a touch of contrition? Confession, they say, is good for the soul.

George Goddard is a skilful, attractive poet, whose work appeals on more than one front: its accessibility certainly, which provides a sense of the familiar, the kind of familiarity which, as I earlier remarked, jogs one’s own memory, just maybe finding similarities there – and that, of course, has its own kind of appeal. Again, the clarity and sharpness of the images make for a certain degree of lucidity, which in turn assists in deepening the reader’s understanding of, and connection to the offerings.

With a wide variety of titles such as, In the Pisspools of Our Shadows, Where Streetlamps Dance on Black Water, Temps fait Temps,They Say Good Drains…, The Wash of Sea-Grapes on my Feet, one might attempt to imagine their subject matter and settings, but will really only make that discovery by exploring them for oneself.

Finally, it is worthy of note that five of the poems in the collection are presented in both Kwéyòl and English. Here is a telling excerpt from In the Pisspools of our Shadows, with its clear, sharp images.La Chaussée’s les restants, very much in the news these days, are the subject of this effective poem. Surely you know who they are?

‘’The night’s taut burning lips
wash and polish rims of bar glasses
until their last screaming dregs,
imbibed in the uncertainty
of shadows leaning in from the street,
make darkness inebriate
and laugh in the night’s face
And for all their taunting
La Chaussée’s les restants
hunger for the night’s cracked lips,
to feel its fevered tongue
caress their rotting phalluses;
and in some unexplained way…’’

And in this excerpt from They Say Good Drains…

‘’… corralling passive knots of people waiting
for floods to recede – never moving to stem them
atFou La Chaud
drowning a ghetto’s afflictions
only to leave them scattered loudly in its wake…
in the rain, Bananes Bay regurgitates
the waste from plywood hovels festering on its lips…’’

The social activist lives on through the power of the pen.

Then, from Bernadette, a quite different voice and mood:

‘’There was a purity in that lust
For Bernadette, with the almond eyes of brown honey,
Who left for Martinique and then New York
Too early…’’

And you’ll find a whole lot more whence those came. Congratulations to the poet.