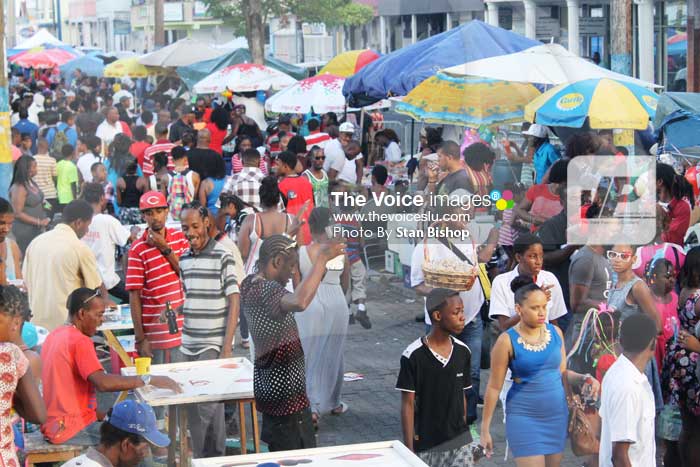 THIS year’s Assou Square came to a close last Sunday evening after three days of fun, food and entertainment.

Hundreds of patrons attended the fun event held at Derek Walcott Square, many taking in the last moments of the Christmas holidays. For the children who returned to school yesterday, the Assou Square getaway was a fitting end to their three-week vacation.

There were toys and food and drinks galore as many vendors tried to entice patrons, many of whom lamented their limited finances. There were also fun games, such as horseback riding, board games and bouncing castles.

While many patrons expressed satisfaction with the general ambience of the first two days of the event, they lamented the virtual lack of live entertainment on Sunday. That reality might stem from the last-decision by stakeholders to add Sunday to the Assou Square schedule.

A heavy police presence was evident during the three-day Assou Square festivities and there are reports of minor incidents occurring, including the stabbing of a teenager in his buttocks.

Despite the obvious challenges, though, many patrons were thankful that they could welcome the New Year with some fun and relaxation before getting back to the business of work and school.
The VOICE captured some moments from last weekend’s Assou Square festivities.