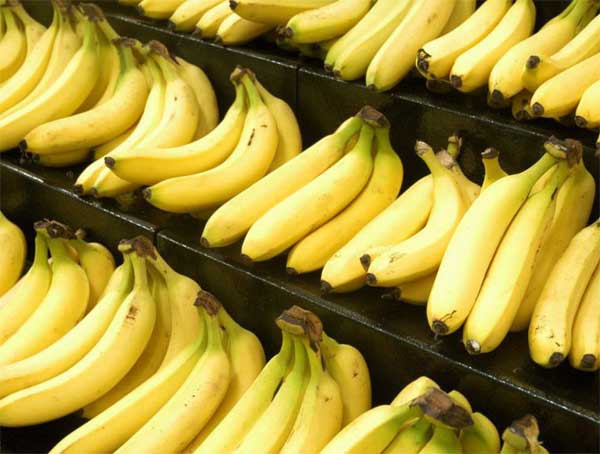 EAT all the bananas you can now because soon, there won’t be any left. And it won’t be because you ate them all.

It’ll be because they’ve gone … extinct. In the worst food news since the Great Avocado Shortage (which appears to happen every year), a new study in PLOS Pathogens claims that a virus named Tropical Race 4 is about to kickstart the bananapocalypse.

In what must be the worst case of deja vu in food history, this projected banana extinction is actually the second to happen in this century. In the 1960s, the Gros Michel variety of bananas were all the rage, until disaster struck. Panama disease, caused by Tropical Race, essentially wiped out the entire crop of the Gros Michel.

To give you a sense of the fungus’ virulence, once-leading banana producer Taiwan now exports just 2 percent of what it did 50 years ago. The death of the Gros Michel led to the rise in popularity of today’s Cavendish banana, which was resistant to the old version of the Panama disease virus. But now, all bets are off, as attempts to quarantine the fungus have proven completely insufficient.

While the Cavendish may have been able to survive the previous round of wipeouts, it is susceptible to the new Tropical Race 4 strain currently making its way around the world. And while it hasn’t reached Latin America yet, it seems inevitable that the producer of 82 percent of the world’s Cavendish bananas will soon fall victim to the ruthless onslaught.

So why haven’t we been able to do anything to stop the spread? Mostly because today’s bananas have been cultivated as a monoculture — all bananas are genetically identical because they’ve been grown as a seedless variety, which means that when one gets sick, they all get sick. Worse yet, the virus, which kills essentially by dehydrating the plant’s root system, can stay in the soil for 30 years.

The biggest problem at hand is the alarming rate with which humans today consume bananas. As Quartz points out, “Most bananas are grown by small-time farmers in the many poor countries where they’re a staple crop.”

This means that this impending banana shortage could have a huge effect on the diets of some of the world’s poorest communities. And experts note that Tropical Race 4 puts more than 80 percent of these staple bananas at risk around the world.

So if you’re looking for a way to make a difference in this world, you may want to turn your attention to the banana. It’s in desperate need of some help.