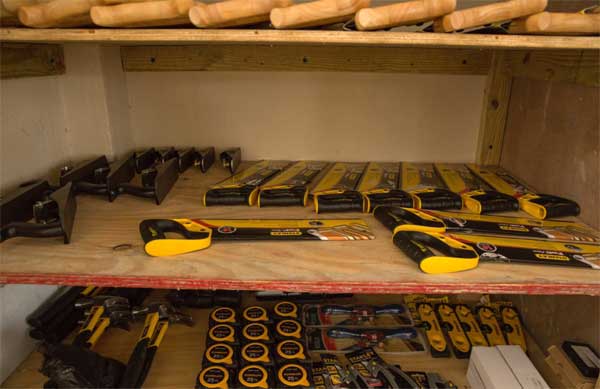 The Soufriere Comprehensive School now has a carpentry training facility.

Thanks to a small projects grant of US$30,000 from the German Embassy, which was initiated by German Honorary Consul Karolin Troubetzkoy, the building was completed in 2014 but additional funding was needed to be sought for the carpentry equipment. Eventually, an additional US$3,000 was donated by AnseChastanet Resort and a further US3,000 contributed by guests of AnseChastanet to bring the project to completion.

The carpentry training facility comprises a purpose-made structure that embodies future expansion ability in addition to the supply of heavy equipment such as a bench saw, band saw, belt sander and a selection of drills, hammers and routers in addition to a full complement of hand tools. The facility is now provisioned with the equipment and tools to facilitate a full scale carpentry vocational and skills training.

For now , the Carpentry Facility is open to Forms 1 and 2. Gradually, it will become a well used training facility for over 600 students between the ages of 11 and 16 and it is expected that in the foreseeable future there will be at least 60 students graduating with a CVQ at the end of each year.

Troubetzkoy expressed her gratitude to retired school teacher InnocentAimable and Carl Hunter, the Property Manager of AnseChastanet who made their own time available to guide and supervise the setting up of the project and remained involved to see it to completion. Parents and school children also contributed their energy and skills to the carpentry facility.