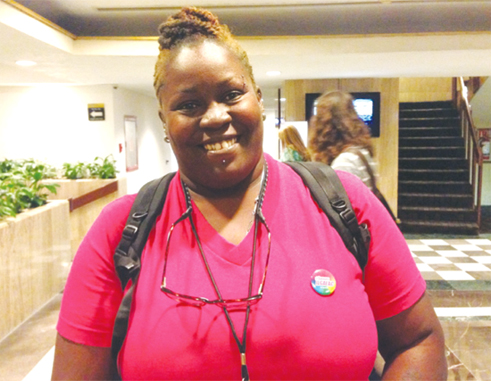 Says it Has Struggled To Thrive.

UNITED and Strong Inc. is celebrating 15 years of existence with intensified connection with the community under the theme “Year of the Community: Education, Acceptance, Love”. The organisation officially launches a month of activities with an open house and community celebration next week.

Founded in 2000 and registered in November 2005, United and Strong Inc. is a human rights NGO that seeks to achieve recognition of the human rights of marginalised groups on Saint Lucia with a focus on lesbian, gay, bisexual, transgender, queer and intersex (LGBTQI) people.

The group said: “ In a country that still criminalises same sex intimacy and where discrimination against LGBTQI persons remains high, the organisation has struggled to thrive”.

“Today we celebrate a milestone in the life of an organisation that one would never have thought would survive past 2008,” states Executive Director of U&S, KenitaPlacide. “This organisation known in the early days as the AIDS Alliance and formally registered as United and Strong in 2005, has faced many challenges, including their office being burnt and burglarised. However, this has not stopped their mandate to educate and sensitise the LGBTQI community and by extension the the general public.”

Placide adds: “The survival of the organisation is due to the contribution of some key persons including the founders, various people who have conceded to be part of the Board of Directors over the years, partner organisations, funders and most of all the LGBTQI community and allies on Saint Lucia.”

To this end the celebration will recognise the contribution of several key persons during the month as part of the fifteenth anniversary which will run throughout the month. The launch of activities next week will include discussions among community members, staff and Board of Directors of U&S on matters related to advancing the goals of the organisation and other issues of mutual interest.

The celebrations have already been launched on social media and the public is encouraged to send their congratulations using #‎15Yrs4US‬!”. The year’s theme, #‎EducationAcceptanceLove‬, is also a rallying call online. ‬‬

The theme will in addition inform the organisation’s flagship Red Ribbon HIV AIDS outreach throughout November into December. Begun in 2013, the annual public outreach is a new flourish on the groundings of the organisation. The Red Ribbon outreach will see volunteer peer educators and counsellors taking safer sex information, commodities and voluntary testing to the public across the island.

This forms just part of the organisation’s vibrant roster of activities that includes media advocacy, policy advocacy, documentation capacity building, training and sensitisation that extends to regional partners. Among the flagship events are a regional police human rights sensitisation project and the Caribbean Women and Sexuality Diversity Conference (CWSDC).

“We look forward to an additional 15 years to see more impactful change from the work accomplished thus far,” says Placide. She adds, “We continue to work toward a world where equality, security and justice for all persons, inclusive of the LGBT community, is not just a thought but a lived reality.”