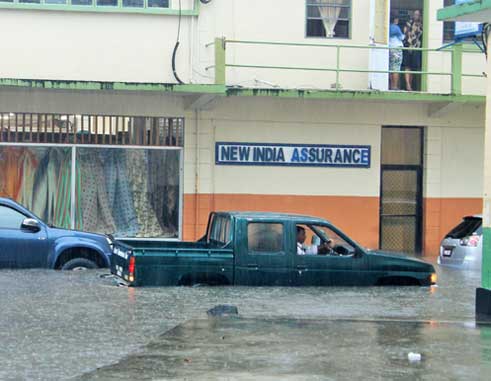 Schools were ordered closed, business came to a standstill in the main commercial centres of the island and people headed towards safety while the rain poured down for several hours.

Vigie Airport was closed for a while as did some supermarkets. In Castries, the flooding resulted in the expected traffic jams with motorists caught in the confusion for hours.

If Saint Lucians were worried, they had every reason to, as many recalled the Christmas Eve trough of 2013 among a number of weather systems that have caused severe pain and damage throughout the country in recent times.

The Meteorological Office at Hewanorra International Airport said yesterday that the trough system would continue to produce cloudiness, showers and thunderstorms over Saint Lucia and other parts of the region.